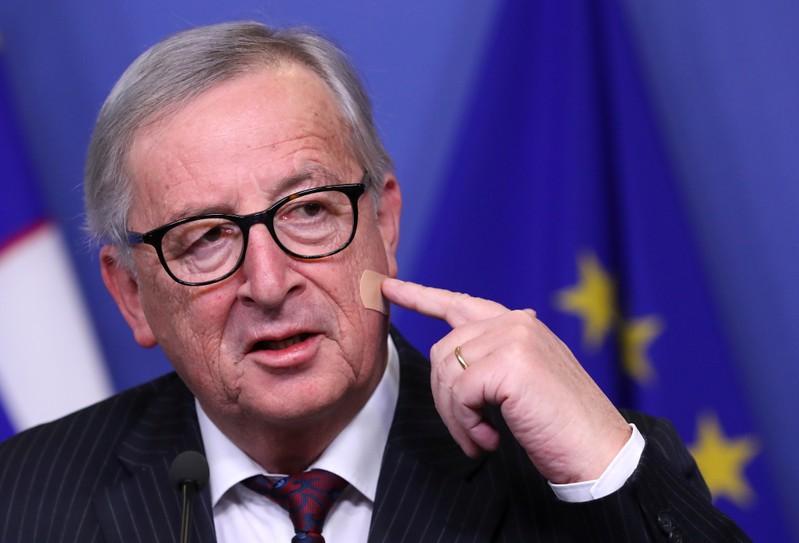 But there is a Brexit angle to everything these days and the EU chief executive felt obliged to tell reporters about why he was sporting a bandage on his cheek ahead of a meeting with Theresa May. He was worried, he said, that they might accuse the British prime minister of whacking him in frustration.

"I'm telling you so that you don't think it was Mrs. May who gave me this injury," the European Commission President told reporters during a brief appearance before meeting the premier.

He repeated that he was not expecting a breakthrough from the talks as May struggles to secure concessions from the EU that would secure parliamentary support for a Brexit deal before Britain leaves the European Union on March 29.