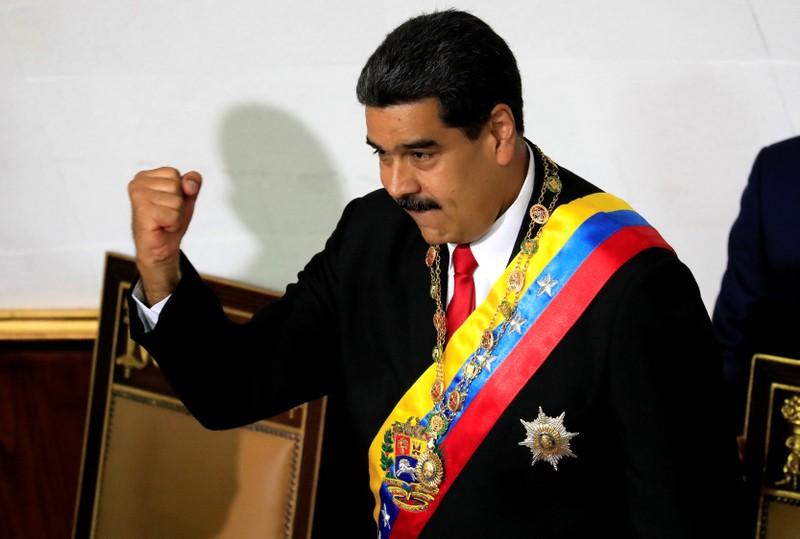 But with no specifics and some of the promises repetitions of previous vows, few expect that Maduro will make significant changes to the crumbling state-led economic model inherited from his predecessor, the late Hugo Chavez.

Maduro won a Sunday election that critics at home and abroad condemned as a farce cementing his autocracy, at a time when the oil-rich nation is suffering from increasingly dire food shortages, health crises, and mass emigration.

Presenting his credentials at the pro-government Constituent Assembly on Thursday, Maduro dismissed criticism of his legitimacy as a U.S. plan to sabotage him and said opponents were wrong to blame him for Venezuela's crisis.

"It's a stupid simplification to think that this problem is due to Nicolas Maduro. It's a problem of the entire country," he said in a speech, wearing a sash in the yellow, blue and red colors of the Venezuelan flag.

Maduro, a former bus driver and union leader, also cautioned he alone would not be able to turn around the economy.

"Only the people can save the people ... Who will save us? Superman? Or Super-Nico?" he asked, playing off his first name. "Neither exist, but we do have a Super-People."

Maduro promised to increase Venezuela's oil production, currently at over 30 year lows, by one million barrels-per-day this year, but gave no details. He said he had instructed Major General Manuel Quevedo, the oil minister and president of state oil company PDVSA [PDVSA.UL], to reach out to OPEC, allies China and Russia, and Arab nations for help if needed.

Maduro's opponents say he is a reckless autocrat who has no real plan to revive Venezuela's shambolic economy, raising the risks of more malnutrition and a full-blown refugee crisis.