Washington: US President Donald Trump announced the approval of a pipeline to transport oil to Mexico, crossing the border near the town of Peñitas, Texas, and running "under the wall" he has promised to build along the frontier. 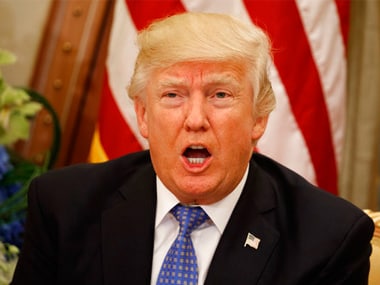 At a conference at the Department of Energy headquarters, Trump on Thursday said that he had approved construction of the pipeline, which he added will increase US energy exports.

The president went on to remark that the pipeline will "go right under the wall", a reference to his controversial election promise to build a physical border barrier between the US and Mexico, ostensibly to halt illegal immigration, Efe news reported.

Trump offered no further details about the route or location of the new pipeline, although later the Energy Department reported that the New Burgos Pipeline will cross the border near the town of Peñitas and will be able to transport 108,000 barrels of oil per day.

The announcement came during a speech in which the president defended the "energy revolution" that, he said, the US is experiencing under his administration with the reduction of excessive regulations that had been put in place by his predecessor, Barack Obama.

Trump used his speech at the Energy Department to announce several new initiatives that he touted as being key to economic growth and the start of a "golden era of American energy".

Specifically, Trump will have the opportunity to discuss the new pipeline next week with his Mexican counterpart, Enrique Peña Nieto, at the G20 summit, to be held in Hamburg, Germany.

That meeting will be the first for the two leaders since Trump's inauguration and comes at a time of bilateral tension over the US president's controversial proposal to build the border wall and his intention of making Mexico pay for it, something that has been categorically rejected by the Mexican government.