By Lawrence Hurley and Andrew Chung WASHINGTON (Reuters) - U.S. Supreme Court justices on Tuesday appeared divided over Donald Trump's bid to prevent Democratic-led congressional panels and a New York prosecutor from obtaining his financial records, with its conservative majority signaling concern about improper harassment of the Republican president. In a major showdown over presidential powers, justices asked tough questions of an attorney for Trump and a Justice Department lawyer who both sought to justify the president's quest to block subpoenas by three House of Representatives committees for financial records held by third parties. 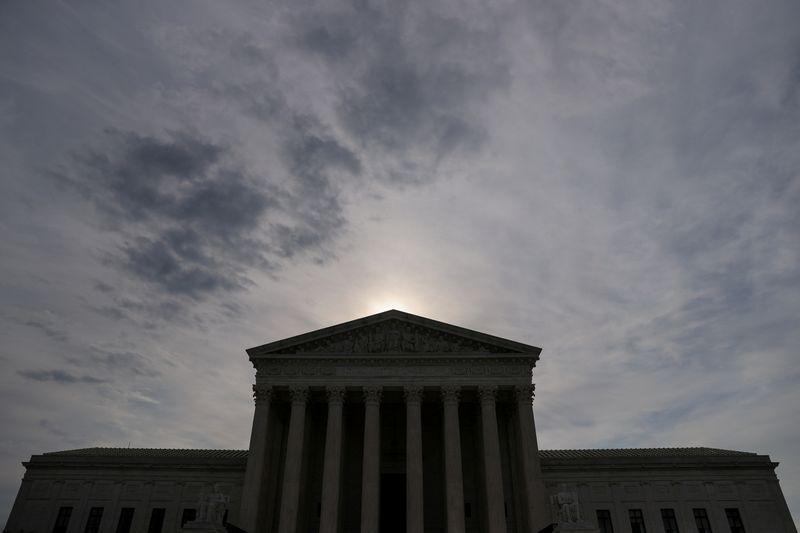 In a major showdown over presidential powers, justices asked tough questions of an attorney for Trump and a Justice Department lawyer who both sought to justify the president's quest to block subpoenas by three House of Representatives committees for financial records held by third parties.

But several justices also pressed a lawyer for the House to explain why the subpoenas were not simply presidential harassment and whether Congress should be limited in issuing subpoenas so as to not distract a president or frustrate the carrying out of his official duties.

They justices then opened an oral argument in a third case in which Trump is seeking to block a subpoena issued to Mazars for similar information, including tax returns, as part of a grand jury investigation into Trump being conducted by the office of Manhattan District Attorney Cyrus Vance, a Democrat.

The court has a 5-4 conservative majority, including two justices appointed by Trump. Lower courts in Washington and New York ruled against Trump in all three cases.

Liberal Justice Elena Kagan told Trump lawyer Jay Sekulow that a "fundamental precept of our constitutional order is that the president is not above the law."

Conservative Justice Neil Gorsuch, a Trump appointee, questioned why the court would give Trump immunity in a criminal investigation when it did not give Democratic former President Bill Clinton immunity in a sexual harassment lawsuit in the 1990s. In that instance, lawyers for the plaintiff wanted Clinton to be questioned while in the Trump case the information is sought from third parties, Gorsuch noted.

Conservative Justice Samuel Alito challenged Sekulow's assertion that a grand jury's subpoena cannot be enforced against a sitting president in a case in which waiting for a president to leave office would undermine a criminal prosecution.

Liberal justices seemed more sympathetic toward the House position, although they also raised concerned about the potential lack of limits on lawmakers' ability to subpoena the president's personal records.

Three months after Trump avoided removal from office in a Senate impeachment trial, Trump's lawyers want the Supreme Court to endorse their expansive view of presidential powers that would severely limit the ability of Congress to carry out oversight of presidents and of prosecutors to investigate them.

Trump, unlike other recent presidents, has declined to release his tax returns and other financial records that could shed light on his net worth and the activities of his family real-estate company, the Trump Organization. The content of these records remains an enduring mystery of his presidency.

The justices queried Trump's lawyer, Patrick Strawbridge, about whether lawmakers can ever subpoena a president's financial records.

"Do you concede any power in the House to subpoena personal papers of the president?" Conservative Chief Justice John Roberts asked Strawbridge.

Strawbridge said it was "difficult to imagine" a situation in which that would be justified.

Roberts' questions of lawyers representing both Trump and the House signaled his view of the need to strike a balance between the powers of the president and Congress. He expressed skepticism that Congress had no authority to issue a subpoena or that a court could second-guess its motivations to do so, while also doubting that congressional power was limitless.

"Should a court be probing the mental processes of legislators? Should members of House committees be subject to cross examination on why you were really seeking these documents?" Roberts asked Justice Department lawyer Jeffrey Wall.

Trump's lawyers have argued that the congressional panels had no authority to issue the subpoenas and had no valid legislative reason for seeking the records.

"Why should we not defer to the House's views on its own legislative purposes?" Gorsuch asked, suggesting skepticism about one of the president's arguments.

Roberts also seemed skeptical of arguments by a House lawyer, Doug Letter, that lawmakers have broad authority to investigate a president for the purpose of writing laws.

"Your test is not much of a test. It's not a limitation," Roberts told Letter, adding that the House needed to take into account that it was dealing with a co-equal branch of government.

The House committees have said they are seeking the material as part of investigations into potential money laundering by banks and into whether Trump inflated and deflated certain assets on financial statements - as his former personal lawyer has said - in part to reduce his real estate taxes.

Gorsuch expressed concern about lawmakers abusing the subpoena process and hunting for unlawful conduct by a political rival.

"Normally we use law enforcement tools like subpoenas to investigate known crimes and not to pursue individuals to find crimes," Gorsuch said.

Liberal Justice Stephen Breyer probed whether under the approach taken by Trump's lawyers Congress would have been able to properly investigate the Watergate scandal of the 1970s under President Richard Nixon.

Kagan noted that where personal records are concerned "the president is just a man."

"What it seems to me you're asking us to do is to put a kind of 10-ton weight on the scales between the president and Congress, and essentially to make it impossible for Congress to perform oversight and to carry out its functions," Kagan told Strawbridge.

Wall said allowing the House subpoenas would lead to presidents being "harassed" about their personal lives.

"The potential to harass and undermine the president as president is plain," Wall told the justices. "It is not much to ask that before the House delves into the president's personal life it explains in some meaningful way what laws it is considering and why it needs the president's documents in particular. The subpoenas here don't even come close."

Rulings are likely within weeks, with Trump seeking re-election on Nov. 3 amid the coronavirus pandemic. The teleconference format was adopted during the pandemic.

(Reporting by Lawrence Hurley and Jan Wolfe in Washington and Andrew Chung in New York; Editing by Will Dunham)