By Sarah N. Lynch and Mark Hosenball WASHINGTON (Reuters) - Democratic lawmakers said on Thursday they heard nothing in classified briefings by the FBI and intelligence officials to support President Donald Trump's unsubstantiated allegation that the agency placed a 'spy' into his 2016 presidential campaign to help his Democratic rival Hillary Clinton 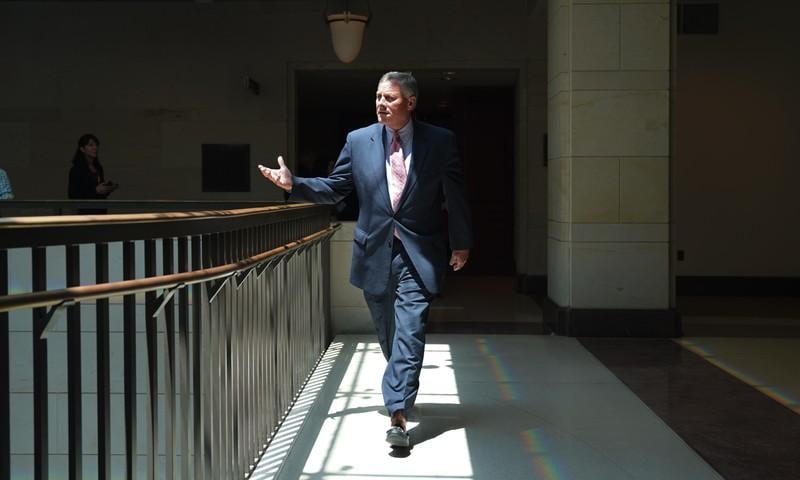 WASHINGTON (Reuters) - Democratic lawmakers said on Thursday they heard nothing in classified briefings by the FBI and intelligence officials to support President Donald Trump's unsubstantiated allegation that the agency placed a "spy" into his 2016 presidential campaign to help his Democratic rival Hillary Clinton.

Trump's "spy" comments marked his latest attack on the FBI at a time when he feels mounting pressure from the ongoing investigation by Mueller, appointed last year by the Justice Department, into potential collusion between his 2016 campaign and Russia and whether he has committed obstruction of justice.

"Nothing we heard today has changed our view that there is no evidence to support any allegation that the FBI or any intelligence agency placed a spy in the Trump campaign or otherwise failed to follow appropriate procedures and protocols," Adam Schiff, the House of Representatives Intelligence Committee's top Democrat, told reporters.

The briefings were convened to allow the lawmakers to review classified information relating to Trump's unsubstantiated allegation that the FBI under Democratic former President Barack Obama's administration "implanted" a spy for "political purposes" into his 2016 presidential campaign to help Clinton.

Republicans had little to say immediately after the meetings. House of Representatives Speaker Paul Ryan said in a statement that "I cannot and will not comment on a classified session" and that "I look forward to the prompt completion of the intelligence committee's oversight work in this area."

White House spokeswoman Sarah Sanders said White House Chief of Staff John Kelly and Emmet Flood, a White House lawyer, made brief remarks to those attending the meetings "to relay the president's desire for as much openness as possible under the law," but departed before the sessions officially started.

A congressional source familiar with the meeting said that while present, House Intelligence Committee Chairman Devin Nunes, a staunch Trump defender, did not speak at all, and that other Republicans present did not aggressively push or defend Trump's spying allegations.

The president's claims about a "spy" followed media reports that the FBI sent an informant, an American academic who teaches in Britain, to talk to Trump campaign advisers after the agency had received evidence that the aides had suspicious contacts with Russia. The use of informants is commonplace in counterintelligence and criminal investigations.

The FBI at the time was investigating whether anyone in Trump's campaign worked with Russia to help tip the election in Trump's favour.

Trump has sought to portray the issue as a scandal that he has dubbed "Spygate," and has called Mueller's investigation, which already has led to criminal charges against several campaign figures and his former national security adviser, a "witch hunt."