By Makini Brice and Susan Heavey WASHINGTON (Reuters) - Democratic U.S. Representative Alcee Hastings has died at the age of 84, his office said on Tuesday, further narrowing the party's majority in the lower chamber of Congress. His office did not provide details on the cause of death. 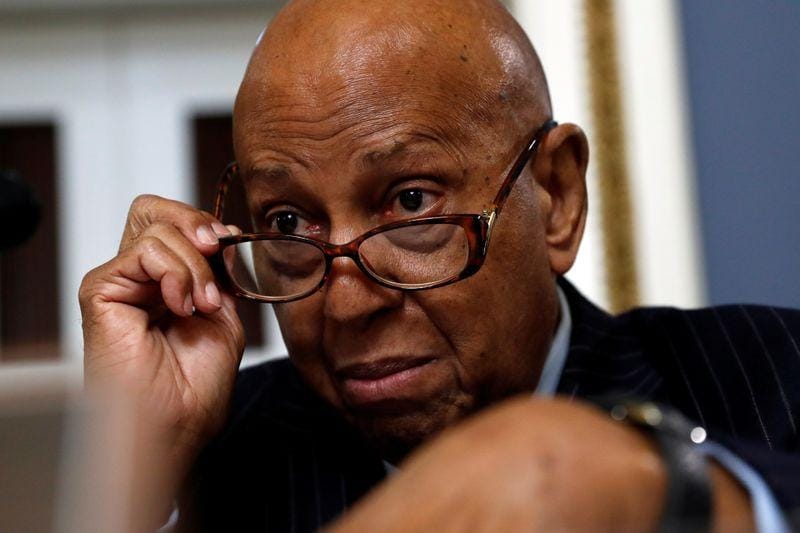 By Makini Brice and Susan Heavey

WASHINGTON (Reuters) - Democratic U.S. Representative Alcee Hastings has died at the age of 84, his office said on Tuesday, further narrowing the party's majority in the lower chamber of Congress.

His office did not provide details on the cause of death. In January 2019, Hastings said he was diagnosed with and receiving treatment for pancreatic cancer.

"I'm heartbroken at the passing of my dear friend, Alcee Hastings," fellow Florida Democratic lawmaker said Ted Deutch in a statement. "Alcee spoke up for the quiet voices that would otherwise go unheard. He never backed down from a fight for the people he represented and anyone else who needed defending."

Hastings, who became the first African American elected to Congress in Florida since the post-Civil War period, was serving his 15th two-year term in the U.S. House of Representatives in a Florida district that now includes parts of Fort Lauderdale, Palm Beach and the area around Lake Okeechobee, his website said. He was first elected in 1992.

He most recently won his seat with 78.7% of the vote, according to the Florida Department of State.

To fill the vacancy, Florida's governor will issue an executive order calling for a special election, a fairly long process that will involve a primary, said Wendy Sartory Link, the supervisor of elections in Palm Beach County, one of the counties in Hastings' district.

There is no deadline on when a special election must take place. Florida's state legislature is currently considering a raft of changes to its election procedures that may need to be implemented for the election, she said.

Hastings served on the powerful Rules Committee, which determines the conditions under which legislation in the House is considered, and was a commissioner on the Commission of Security and Cooperation in Europe, which monitors and encourages compliance of human rights.

"We sat side by side in the committee for many years and I watched him take down phony arguments and lift up the truth with a turn of a phrase that only he could deliver," McGovern said. "I have lost a friend, this Congress has lost a giant, and those who all too often go unseen in America have lost a champion,"

Before his election to Congress, Hastings was an attorney and civil rights activist.

The son of parents who were domestic workers, Hastings was born in 1936 and attended a segregated high school. He spoke about how his parents, grandparents and great-grandparents were not allowed to vote, the South Florida Sun-Sentinel reported.

In 1979, he was appointed to be a federal district court judge. But two years later, Hastings was indicted on charges of conspiracy and obstruction of justice for soliciting a $150,000 bribe for reducing the sentences of two mob-connected felons convicted in his court, according to the Senate website.

Though Hastings was acquitted, he was impeached and removed from office by the U.S. Senate in 1989. He was not disqualified from holding future elected office.

His death leaves a sixth vacancy in the House of Representatives, which Democrats would now control with 218 seats, against the Republicans' 211, according to a tally by the House press office.

The further narrowing of the Democrats' majority could make it even more difficult for the party to pursue their legislative agenda.