By Simon Lewis WASHINGTON (Reuters) - Democratic super PAC Priorities USA said on Wednesday it would spend $24 million to help turn out Black and Latino voters for Democratic presidential candidate Joe Biden, who is leading President Donald Trump in national polls ahead of the Nov. 3 election 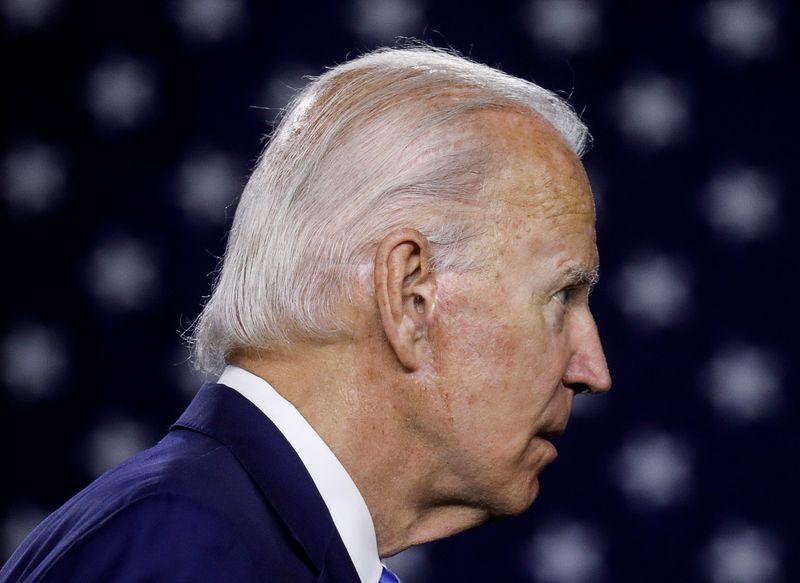 WASHINGTON (Reuters) - Democratic super PAC Priorities USA said on Wednesday it would spend $24 million to help turn out Black and Latino voters for Democratic presidential candidate Joe Biden, who is leading President Donald Trump in national polls ahead of the Nov. 3 election.

Support for Trump, a Republican, has slumped as voters say they disapprove of his handling of the coronavirus pandemic and his response to nationwide protests against police brutality and racism.

With Biden leading in battleground states, Priorities USA projected the former vice president to win more than the required 270 electoral college votes, despite the system that elects the president being "skewed" in favor of Republicans, the group's chair Guy Cecil said on a call with reporters.

But only a 2 percentage point drop from the group's projected turnout among people of color, alongside a 5 point drop in support among white working class voters, would eliminate Biden's electoral college lead, Cecil said.

"While the numbers certainly have been encouraging for Democrats, we are not done and we still have more work to do to maintain, to retain the gains that we've made," he said.

In what would be the independent spending group's largest ever investment in a single campaign, Cecil said Priorities USA would target minority voters with online ads, for example with information about how to vote by mail and links to websites where they can request mail-in ballots.

The COVID-19 outbreak has led to a surge in mail-in voting in primary elections that is expected to continue in November.

Trump has warned, without providing evidence, that an expansion of voting by mail would invite fraud and threaten the integrity of November's elections.