By Jonathan Landay WASHINGTON (Reuters) - A senior Democratic senator on Tuesday asked a U.S. government watchdog to assess Secretary of State Mike Pompeo's compliance with a law barring federal workers from engaging in political activities while acting in their official capacities 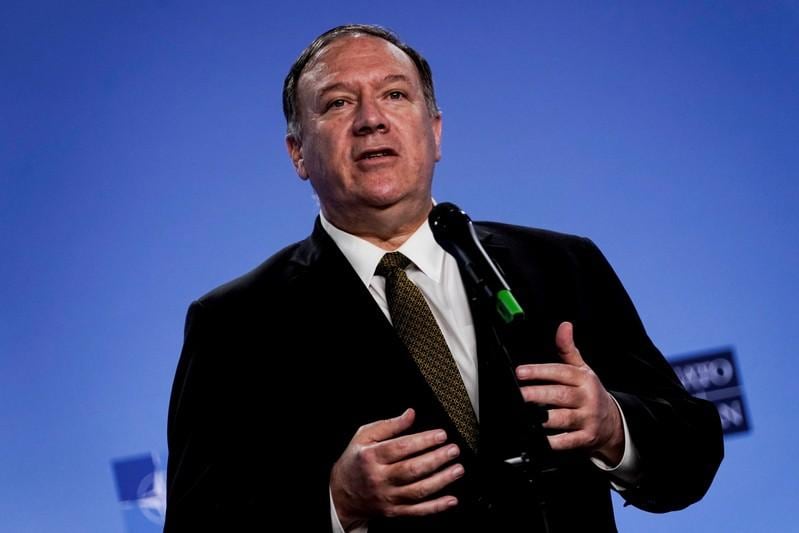 WASHINGTON (Reuters) - A senior Democratic senator on Tuesday asked a U.S. government watchdog to assess Secretary of State Mike Pompeo's compliance with a law barring federal workers from engaging in political activities while acting in their official capacities.

Senator Bob Menendez, the top Democrat on the Senate Foreign Relations Committee, cited three official visits Pompeo has made since March to his home state of Kansas in requesting the review by the U.S. Office of Special Counsel.

"Many in Kansas perceive his appearances in the state to be a de facto campaign effort," Menendez wrote to the agency head, Henry Kerner, whose responsibilities include investigating allegations of any violations of the 1939 Hatch Act.

News reports have said Pompeo, a former Republican congressman who headed the CIA for just over a year before his current post, is mulling a U.S. Senate run. He has declined to rule one out while saying that he would serve in his post as long as President Donald Trump wanted him.

The State Department did not immediately respond to a request for comment on Menendez's letter.

Menendez said Pompeo's most recent trip to Kansas last week - apparently at the expense of the Department of State - involved a workforce development roundtable at Wichita State University, a visit to a business jet production facility and student meetings.

The events, he wrote, largely were aimed at promoting Trump's pledge to improve opportunities for American workers, which has "no discernable relation to the Department of State."

Menendez also cited a Wall Street Journal report that Pompeo discussed during the visit a U.S. Senate run with Charles Koch, a conservative billionaire industrialist who was a top contributor to Pompeo's campaigns for the House of Representatives seat he held from 2011 to 2017.

"The Department of State's official Twitter handle posted a workforce and Kansas-centric video montage of the Secretary's visit, which appears to have no nexus to the Department's official work," Menendez wrote.

He said that it was crucial that Pompeo and his department "maintain a clear line between his action as a federal employee" and "any efforts that could be perceived as political in nature."

Since Trump became president in 2017, the Office of Special Counsel has found seven White House officials, including his senior aide Kellyanne Conway, in violation of the Hatch Act.

Kerner recommended that Conway be fired but Trump refused.