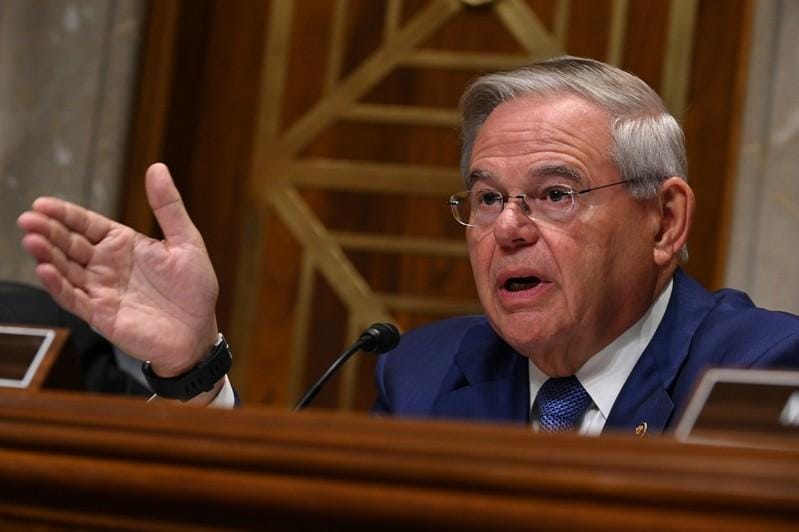 WASHINGTON (Reuters) - U.S. Senator Bob Menendez began the formal process on Tuesday of blocking a White House plan for $8 billion in military sales to Saudi Arabia and the United Arab Emirates without the consent of Congress, setting up Senate votes on the matter as soon as this week.

Menendez, the most senior Democrat on the Senate Foreign Relations Committee, asked the Senate to move to immediate consideration of a resolution disapproving of one of the deals, to sell precision-guided munitions, which are made by Raytheon Co , to Saudi Arabia.

It was the first of up to 22 such resolutions objecting to the military sales introduced last month by lawmakers, including some of Donald Trump's fellow Republicans, who objected to the president's decision to sidestep Congress' review of major arms deals by declaring an emergency tied to actions from Iran. {nL2N23C13W]

Aides said lawmakers were negotiating on Tuesday on an agreement on how and when the Senate would vote. Without an agreement, each of the 22 resolutions would be subjected to 10 hours of debate.

Worries about a confrontation between the United States and long-time foe Iran have been mounting, heightened by attacks last week on two oil tankers that Washington blamed on Tehran. Tehran has denied responsibility.

Backers of the arms sales said they would support U.S. partners to counteract Iranian aggression.

Opponents said Saudi Arabia should be held accountable for human rights abuses, including the murder of Saudi journalist Jamal Khashoggi at a Saudi consulate in Turkey. They also do not want U.S. weapons to contribute to a humanitarian catastrophe in Yemen, where Saudi Arabia and the UAE are fighting Iran-backed Houthi rebels.

Menendez said Saudi Arabia has used the precision-guided munitions, or PGMs, "in the killing of untold numbers of innocent civilians in their ongoing campaign in Yemen."

The resolutions' backers say many would have enough bipartisan support to pass both the Senate and House of Representatives, despite the Republicans' slim majority in the Senate.

However, to become law, they would need to garner the two-thirds majorities in both houses to overcome an expected Trump veto. Senate Majority Leader Mitch McConnell said last week he did not expect that was likely in the Senate.