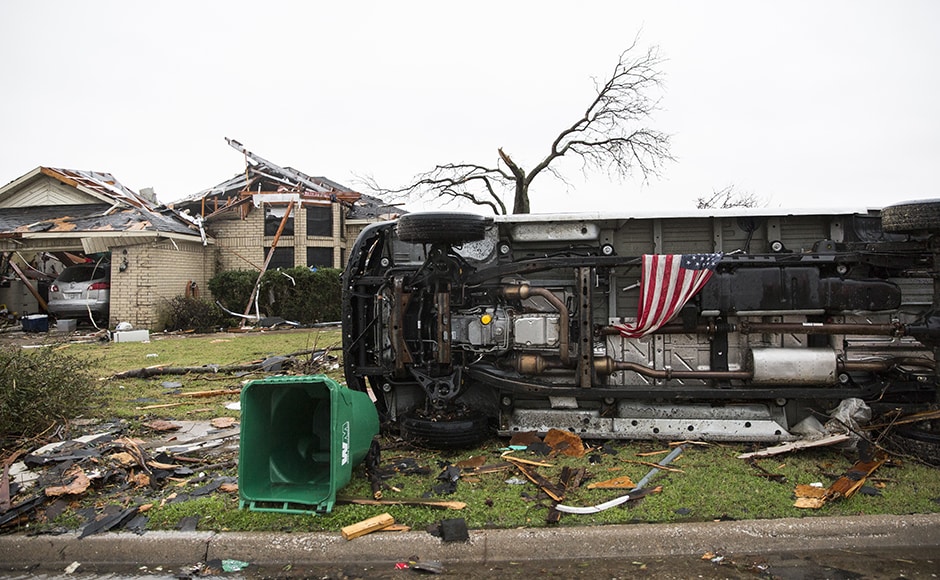 An American flag placed by first responders is seen in the aftermath of a tornado in Rowlett, Texas. At least 11 people lost their lives as tornadoes tore through Texas, authorities said, as they searched home to home for possible more victims of the freak storms lashing the southern United States. AFP 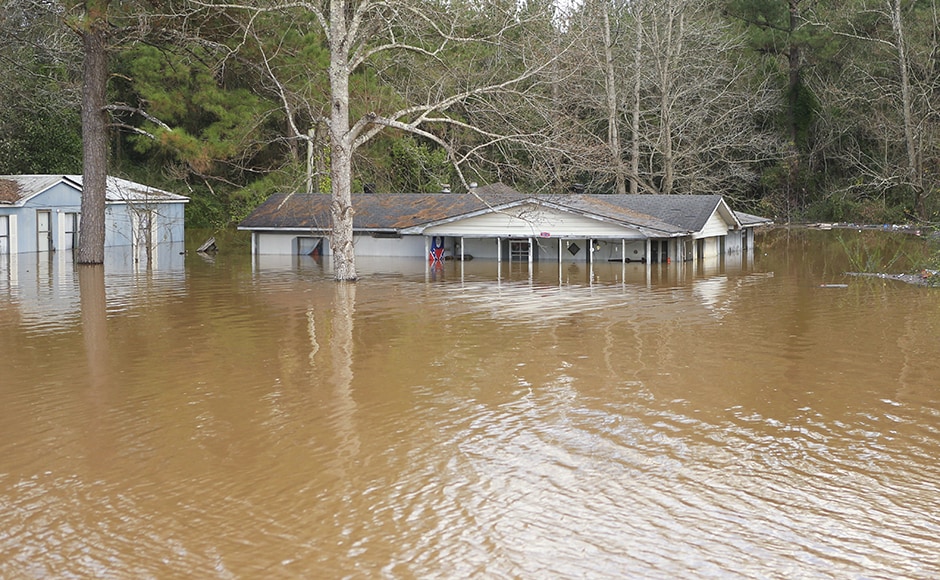 A house is under water on the banks of the Pea River in Elba, Alabama. The state has been hit with storms and heavy rain since Wednesday, and the Weather Service issued flash flood warnings around the region for Friday. REUTERS 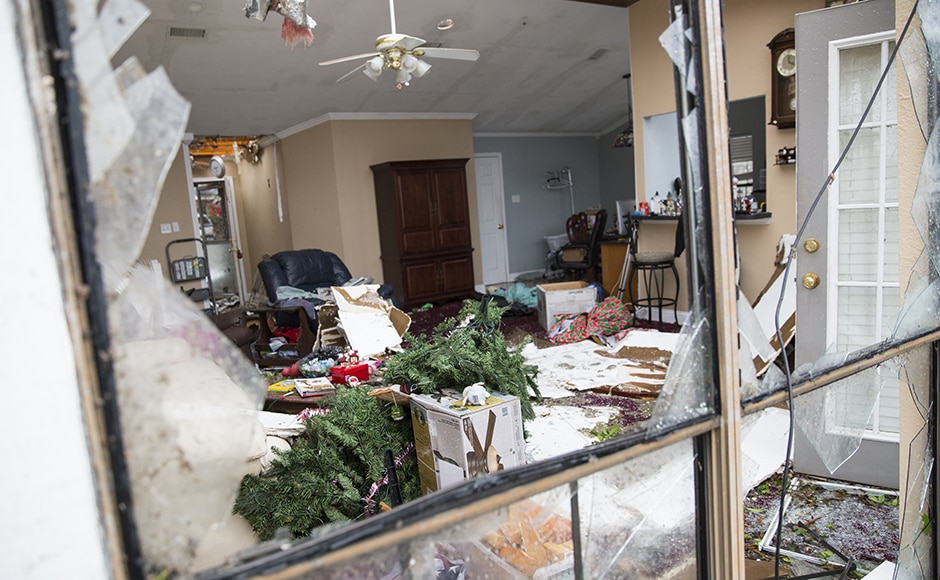 A Christmas tree lays in the wreckage of a family's home in the aftermath of a tornado in Rowlett, Texas. AFP 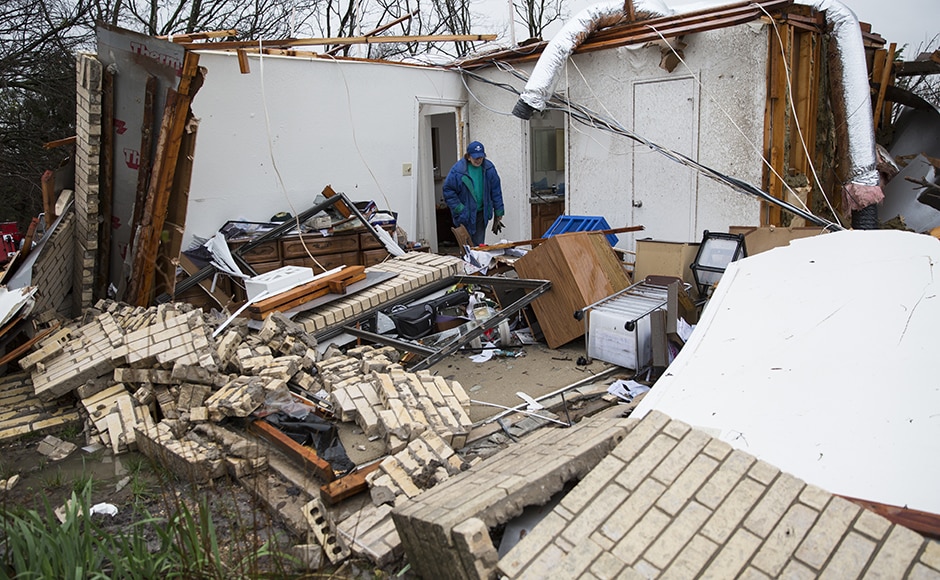 A person walks through a home heavily damaged by the tornado that struck Rowlett, Texas. The rare December twisters that flattened houses and caused chaos on highways raised the death toll from days of deadly weather across the South to at least 28. AFP 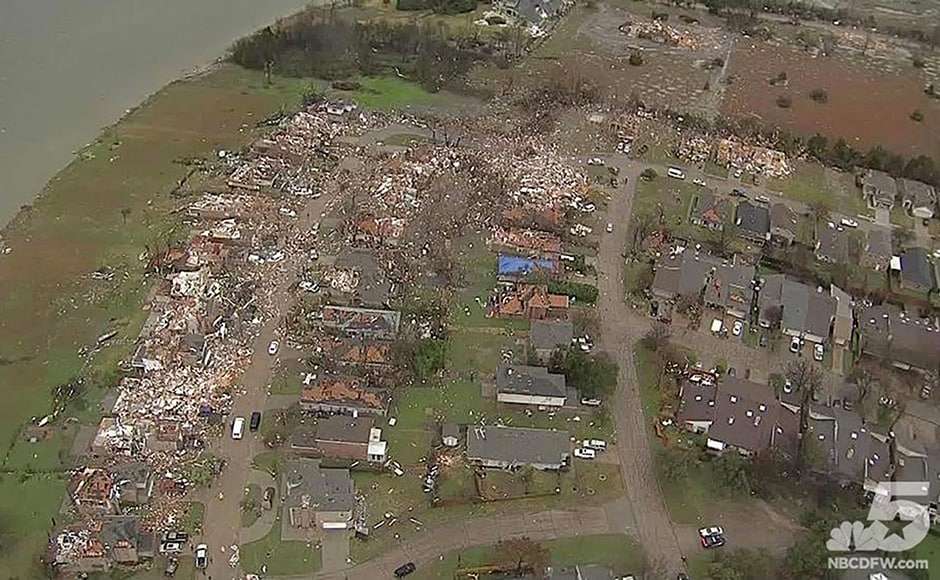 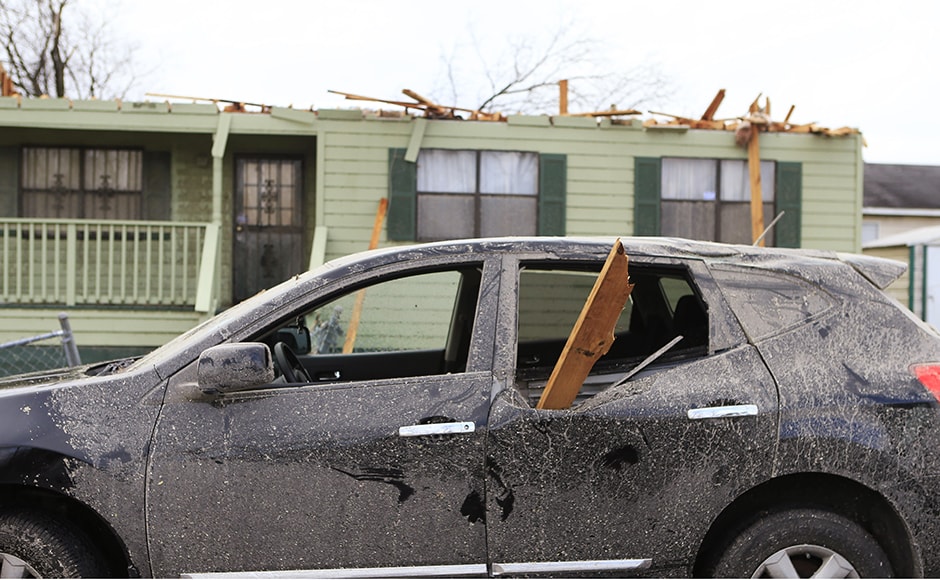 A car and a house damaged by a tornado in Birmingham, Alabama. A tornado struck Birmingham on Friday, damaging houses, uprooting trees and injuring at least three people in the state's largest city, law enforcement and weather officials said. REUTERS 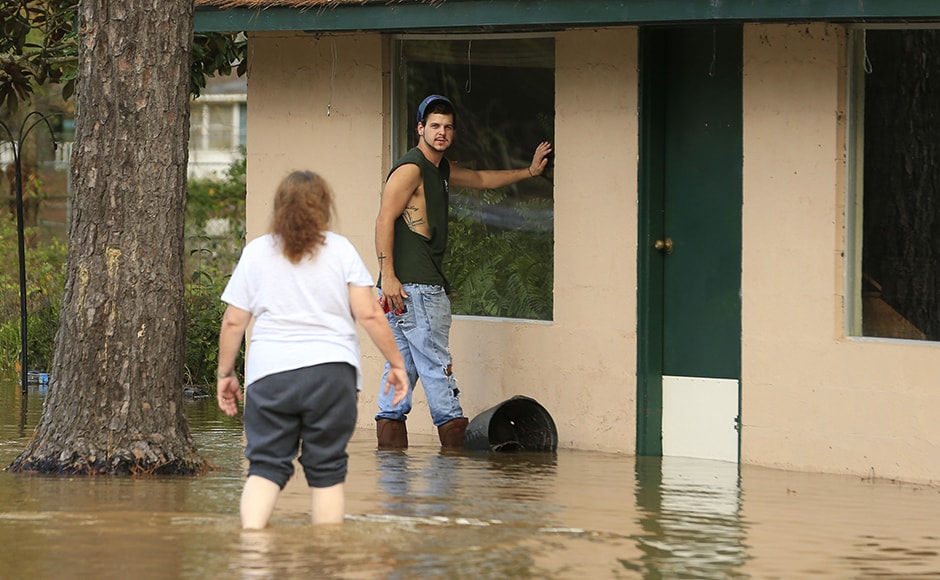 Neighbours prepare to check out the damage after floods waters entered their business in Elba, Alabama. REUTERS