By Susan Heavey WASHINGTON (Reuters) - U.S. deaths from COVID-19 surpassed 3,000 for the third time in a week as Congress made progress toward approving a long-awaited financial relief package and the country's expanding vaccination program offered a measure of hope. The death toll of 3,102 on Tuesday, the third highest total since the pandemic began, lifted the cumulative number of U.S 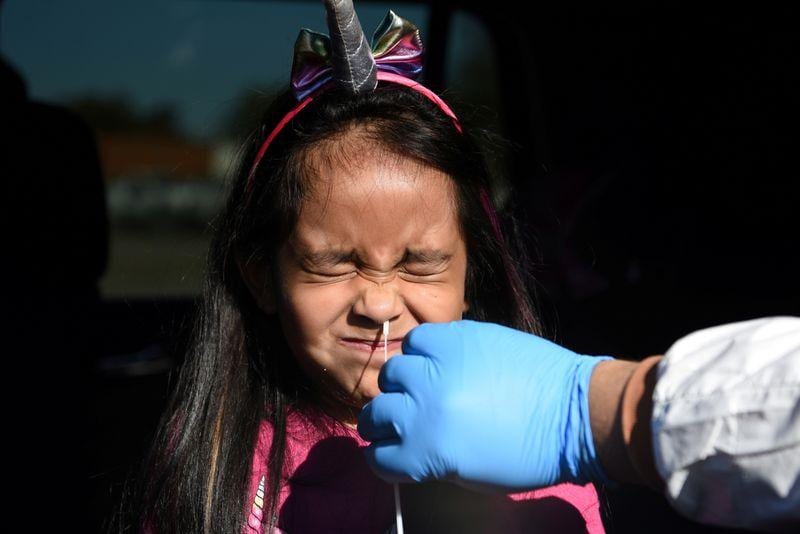 WASHINGTON (Reuters) - U.S. deaths from COVID-19 surpassed 3,000 for the third time in a week as Congress made progress toward approving a long-awaited financial relief package and the country's expanding vaccination program offered a measure of hope.

The death toll of 3,102 on Tuesday, the third highest total since the pandemic began, lifted the cumulative number of U.S. fatalities to 304,187, according to a Reuters tally. The case load of 16.7 million infections represented roughly 5% of the U.S. population.

Inoculations of the newly approved COVID-19 vaccine entered their third day on Wednesday, set aside for doctors, nurses and other frontline medical workers, along with residents and staff of nursing homes.

U.S. officials aim to get 2.9 million doses delivered by week's end, but it will take several months before vaccines can be obtained on demand by the public at large.

In all, the United States had options to buy up to 300 million doses of those vaccines, Azar said, plus hundreds of millions more doses of vaccines that have yet to receive approval, including some single-dose vaccines.

The U.S. could have a surplus supply of vaccines in the future, if all the vaccines it has secured are authorized for use, Azar said, which could eventually benefit other countries.

Political leaders and medical authorities have launched a two-pronged media blitz avowing the safety of the vaccines while urging Americans to remain diligent about social distancing and mask-wearing until inoculations become widely available.

Officials are urging people to cancel year-end holiday gatherings in order to control the spread. A significant portion of the American public has already shown disdain for basic public health guidance, and only 61% of respondents in a recent Reuters/Ipsos poll said they were open to getting vaccinated.

With hospitalizations setting a record for the 18th day in a row, surpassing 112,000 on Tuesday, health experts warn the death toll will rise even further in the weeks ahead.

"It is not over yet," Dr. Anthony Fauci, a member of the White House coronavirus task force, told CBS News on Wednesday. "We have to abide by the public health measures that we talk about all the time. This is not going to just turn around overnight ... public health measures are the bridge to get to the vaccine, which is going to get us out of this."

The virus has spread so fast that many California hospitals have run out of space in their intensive care units.

The pandemic has also put millions of people out of work as states and localities imposed sweeping stay-at-home orders and closed businesses.

U.S. Congress leaders on Wednesday were nearing agreement on a $900 billion coronavirus aid bill that would provide a new round of direct payments to Americans and new unemployment benefits, according to a person familiar with the talks.