PRAGUE (Reuters) - The Czech Republic will allow more children to go to school and ease some other restrictions as the numbers of new coronavirus cases and hospitalised patients fall, Health Minister Jan Blatny said on Friday. 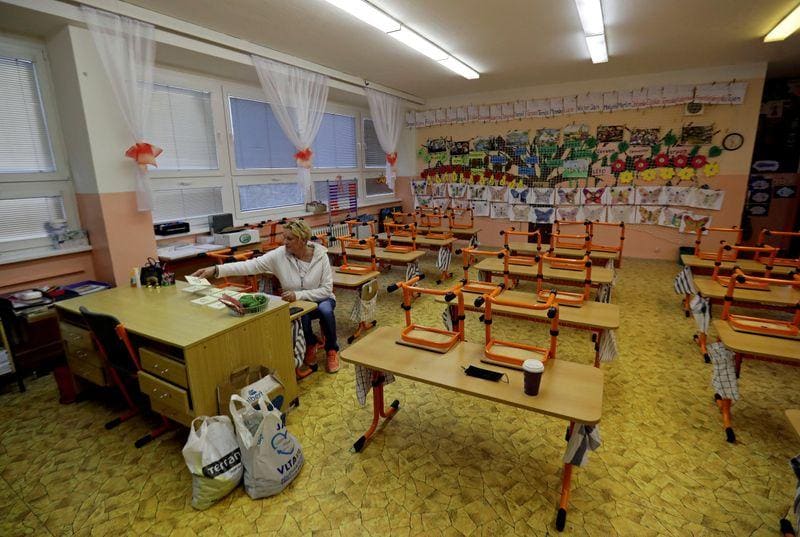 PRAGUE (Reuters) - The Czech Republic will allow more children to go to school and ease some other restrictions as the numbers of new coronavirus cases and hospitalised patients fall, Health Minister Jan Blatny said on Friday.

The government said that the country which suffered one of Europe's worst autumn outbreaks of the pandemic would move on Monday from the top risk level 5 to level 4 on its scale of curbs.

Elementary schools, open since Wednesday for first and second graders, will fully open for lower-grade pupils from Nov. 30, while the rest will return on a rotating basis.

Some final-year high school students and some university students can return to presence learning on Wednesday.

Level 4 also moves curfew and store closing hours to 11 p.m. from 9 p.m. and allows the assembly of six people instead of two.

Industry Minister Karel Havlicek said the risk level may drop to level 3 a week after next, which would allow the reopening of restaurants and retail, which is now mostly closed except for stores selling food, pharmacies and other essential goods.

The Health Ministry said hospitals may start gradually returning to providing suspended non-urgent care as of next week thanks to fewer patients and fewer infected personnel. As of Friday, 6,307 COVID-19 patients were in hospital.

The country had over 5,000 daily cases over the past week, down by more than half from late October peaks, but still a level burdening hospital care.

The "R" number showing how many people get infected from an average infected person has dropped to about 0.7, suggesting a further drop in cases, but test positivity rates show the epidemic is not under control and community transmission continues, Blatny said.