Nicosia: The Cyprus parliament on Thursday approved the legislation slashing military service for conscripts from 24 months to 14 months, in the biggest reform of the Greek Cypriot army in decades.

New conscripts to the National Guard will serve for 14 months, while those called to arms last year will do a reduced 18 months.

Greek Cypriot parents have long criticised the length of time served, saying it interrupts further education and career prospects of their sons. 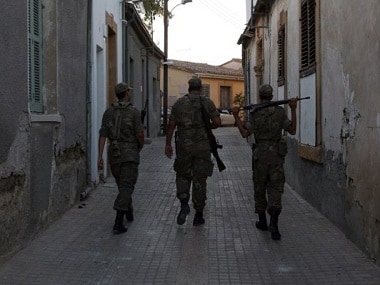 Reducing army service was an election pledge by President Nicos Anastasiades when he came to power in March 2013 and cabinet approved a draft law in February.

Defence Minister Christoforos Fokaides has said reducing military service is the first step towards creating a professional army as part of wide-ranging reforms.

He said it would also see a decline in draft-dodging.

To make-up the shortfall in numbers, 3,000 positions have been created for professional soldiers on government contract.

Cyprus has been described as one of the most militarised places on earth, with the presence of UN peacekeepers, Turkish occupation troops, two sovereign British bases and a Greek army contingent stationed on the island.

The eastern Mediterranean island has been divided since 1974 when Turkish troops occupied its northern third in response to an Athens-inspired coup seeking union with Greece.