By Marc Frank and Nelson Acosta HAVANA (Reuters) - Cubans have overwhelmingly ratified a new constitution that enshrines the one-party socialist system as irrevocable while instituting modest economic and social changes, according to the national electoral commission. 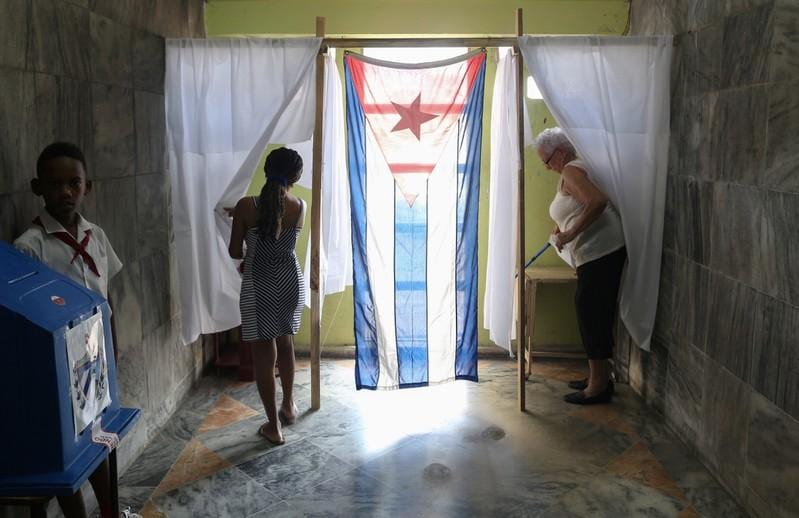 By Marc Frank and Nelson Acosta

HAVANA (Reuters) - Cubans have overwhelmingly ratified a new constitution that enshrines the one-party socialist system as irrevocable while instituting modest economic and social changes, according to the national electoral commission.

Alina Balseiro Gutierrez, president of the commission, said at a Havana press conference on Monday that preliminary results showed 84.4 percent of the 7.8 million potential voters participated in the Sunday referendum.

She said of the potential electorate and not actual votes cast, 73.31 percent ratified the charter, 7.6 percent opposed ratification and 4.5 percent spoiled or left ballots blank.

By comparison, in 1976 when the current constitution was ratified, 99.02 percent of voters in a 98 percent turnout reportedly ratified and just 54,000 were opposed.

There are no independent observers of Cuban elections, however citizens may observe the count at their precincts.

Cuba’s best-known dissident and pioneer blogger, Yoani Sanchez, who runs an online newspaper from a barrio known for its support of the government, wrote she braved insults and yelling to witness the count in her precinct of 400 yes votes, 25 no votes and 4 blank ballots.

The independent online newspaper El Toque asked readers to send in local tallies, a dozen of which showed overwhelming support for ratification.

Debate over the constitution has dominated Cuba’s politics for months, with the government arguing it represents both continuity of former leader Fidel Castro's policies and adaptation to today's demands and opponents insisting it is a continuation of Communist party rule and oppression.

The government orchestrated a grassroots debate on a draft of the new constitution last year, but after it approved a final version for the referendum in December it used its monopoly of traditional media and public spaces to press for approval.

Nevertheless, duelling campaigns to vote 'yes', 'no' or abstain raged on the internet. The Roman Catholic Church issued a critique read in churches, and many evangelicals said they were opposed.

Dissidents, who were divided between those who advocated a 'no' vote and those who called for abstention so as not to legitimize a process they deemed a fraud, reported a few incidents across the country of members being temporarily detained or harassed.

"The Cuban government engaged in an unprecedented campaign to assure an overwhelmingly positive vote on the new constitution as a way to legitimize both the market-oriented economic reforms underway and the new leadership of President Miguel Diaz-Canel and the post-revolutionary generation," American University professor of government and Cuba expert William LeoGrande said.

There are important changes in the new constitution that reflect the gradual opening of the Caribbean island nation since the fall of its former benefactor, the Soviet Union.

There are references to markets and recognition of private property, foreign investment, small businesses, gender identity, the internet, the right to legal representation upon arrest and habeas corpus.

The new constitution would also restructure government, adding a prime minister and setting term limits for the president, among other changes.

"It’s another big missed opportunity," said Carlos Saladrigas, a Cuban-American businessman and head of the Cuban Study Group which advocates engagement with Cuba.

"The few important economic changes made are not sufficient to create economic growth and attract foreign investment in the needed quantities," he said.