By Nelson Acosta and Sarah Marsh HAVANA (Reuters) - Roman Catholic Cardinal Jaime Ortega, who came to leverage a rare level of political influence in Cuba for someone outside the Communist Party and played a key role in the island's now-defunct detente with the United States, died on Friday at the age of 82. A series of Masses will be held in the Cathedral of Havana from Friday afternoon through Sunday, Jenny Martinez Lara, of the church's Felix Varela Cultural Centre, told Reuters 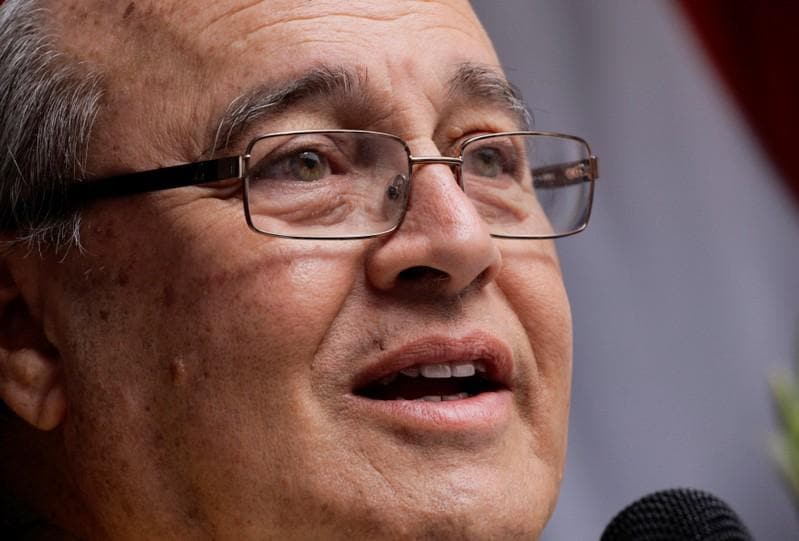 By Nelson Acosta and Sarah Marsh

HAVANA (Reuters) - Roman Catholic Cardinal Jaime Ortega, who came to leverage a rare level of political influence in Cuba for someone outside the Communist Party and played a key role in the island's now-defunct detente with the United States, died on Friday at the age of 82.

A series of Masses will be held in the Cathedral of Havana from Friday afternoon through Sunday, Jenny Martinez Lara, of the church's Felix Varela Cultural Centre, told Reuters.

Nelson Crespo, Ortega's personal secretary, told Reuters the cardinal had passed away at 6:16 a.m. (1014 GMT) after a long battle with cancer.

"His tireless pastoral work and his love for Cuba led him to decisively strengthen relations between the Roman Catholic Church and the State," the Cuban government said in a brief statement.

A labour camp inmate in the 1960s when Fidel Castro's revolutionary government was rounding up religious figures and other perceived ideological enemies, Ortega became archbishop of Havana in 1981 at a time when Cuba was still officially atheist.

For the more than three decades that followed, as Castro's stance on the Roman Catholic Church softened, Ortega boosted its visibility and power, building a working relationship with the government thanks partly to his nonconfrontational style.

Ortega hosted three popes, and negotiated the release of dozens of political prisoners in 2010 and 2011.

The softly spoken cleric rose to become one of Cuba's leading political figures, particularly after Cuba reformed its constitution in 1992, changing the state from atheist to secular and guaranteeing freedom of religion. When Raul Castro became president in 2010, Ortega backed his attempts to open up the country and to restore relations with Western nations.

At a critical moment in secret talks between Cuba and the United States that led to a detente in December 2014, it was Ortega who relayed messages between Pope Francis, Castro and then-U.S. President Barack Obama.

Some critics said he abandoned victims of oppression, becoming too cozy with government, in exchange for a seat at the table of power.

Shortly before retiring in 2016, he said there were no political prisoners in Cuba, although Cuba's leading dissident human rights organization countered there were 60, including about two dozen people held for conducting peaceful protests.

Ortega also refused to back the Ladies in White as an opposition group. But at the same time he obtained and repeatedly defended their right to peacefully protest every Sunday after Mass, the first such permission granted since the 1959 Revolution.

The group was founded by female relatives of imprisoned dissidents in 2003, who after their family members were freed due in part to Ortega's efforts, continued to protest for the release of other political prisoners.

Church officials said Ortega's job was to stand up for basic principles such as religious freedom and the well-being of all Cubans, not to promote any partisan political agenda.

Ortega studied theology in Quebec and became parish priest in the mid-1960s in his birthplace of Jagüey Grande in Matanzas province, also taking care of neighbouring parishes because of a shortage of priests.

He served eight months in a labour camp in 1966-67, an experience he said taught him a lot about life.

He was named bishop of Pinar del Rio by Pope John Paul II in 1978 and archbishop of Havana three years later. The pope appointed him cardinal in 1994.