ZAGREB (Reuters) - Croatian marine biologists are struggling to save the largest Mediterranean clam from extinction after a precipitious fall in numbers which they say was probably caused by a deadly pathogen. The clam, known as the noble pen shell or pinna nobilis, plays an important ecological role by filtering sea water and allowing other organisms to flourish. 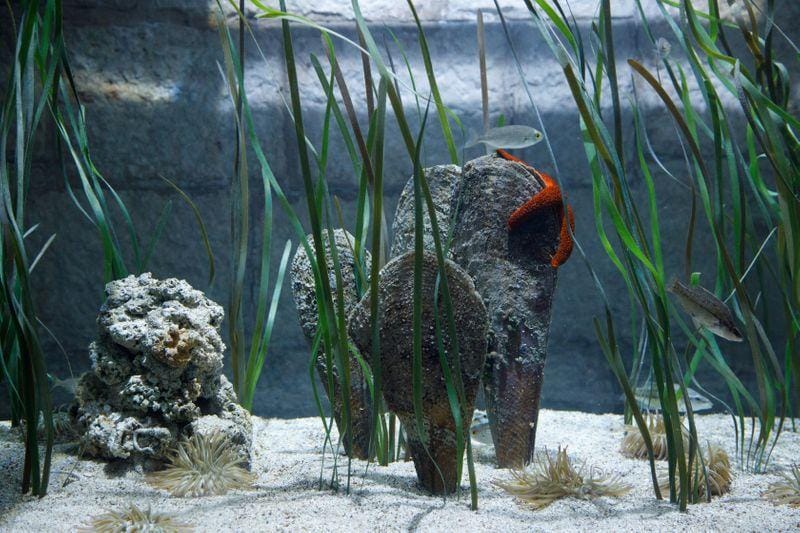 ZAGREB (Reuters) - Croatian marine biologists are struggling to save the largest Mediterranean clam from extinction after a precipitious fall in numbers which they say was probably caused by a deadly pathogen.

The clam, known as the noble pen shell or pinna nobilis, plays an important ecological role by filtering sea water and allowing other organisms to flourish. Its shell can reach as much as 4 feet (120 cm).

The first signs of a pathogen targeting the clams came four years ago off the coast of Spain, the biologists say. The spread of the pathogen may have been helped by rising sea temperatures related to climate change, though they cannot be 100% certain.

"After the first evidence of the mass mortality of pen shells in their habitat (off Spain), the disease quickly spread across the Mediterranean. In Croatia, in the southern Adriatic, we first spotted what was going on in May last year," said Luka Katusic of the Croatian Institute for Environmental Protection.

By the spring of 2020 the whole Croatian coast had been affected.

"Mortality is extremely high and it has been proven that in localities where the causative agent of the disease appears, it can cause 100% death or extinction of pinna nobilis," Katusic said.

A year ago the aquarium in the northern Adriatic city of Pula collected some 300 seemingly healthy specimens and put them in pools hoping to save them, but fewer than 30 remain alive.

"We have been trying to make them spawn under controlled conditions to get new small, healthy pen shells. Unfortunately, most of them seem to have been already infected," said Zarko Jakovic, a biologist working at the aquarium.

The pathogen becomes inactive if the temperature of the sea water falls below 13.5 degrees Celsius, but the clams are also then unable to spawn.

"As things appear now, it will be very difficult to save the pen shells. It is already difficult to find living specimens in the sea... Sadly, all this may mean the disappearance of a species," Jakovic said, adding this would have wider consequences.

"One adult pen shell filters dozens of litres of sea water daily, which contributes to its clearness and transparency, making it easier for sunbeams to reach the seagrass meadows at the bottom.

"They are also home for many small organisms that find shelter on them," he added.