By Mimi Dwyer LOS ANGELES (Reuters) - Firefighters notched a victory in their battle to beat back a massive blaze raging outside Los Angeles, more than doubling containment in the past 24 hours, the U.S. 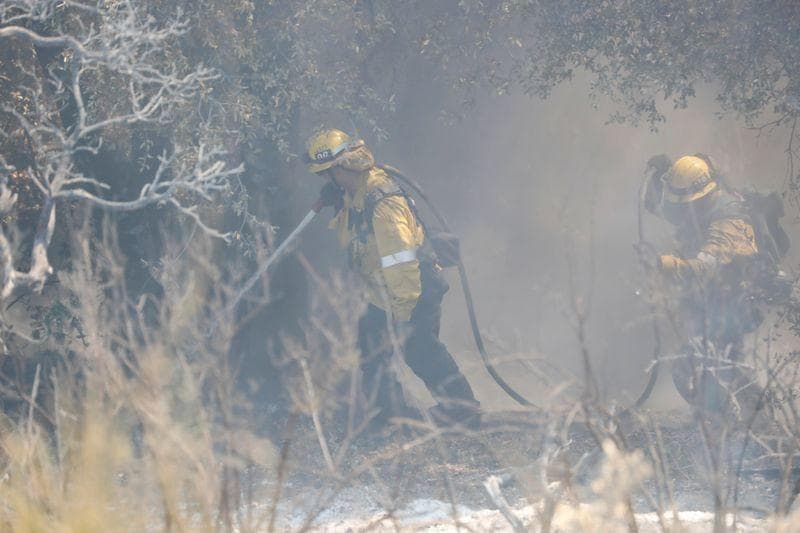 LOS ANGELES (Reuters) - Firefighters notched a victory in their battle to beat back a massive blaze raging outside Los Angeles, more than doubling containment in the past 24 hours, the U.S. Forest Service said on Wednesday.

The Bobcat Fire, which has been burning in the San Gabriel Mountains north of Los Angeles since Sept. 6, was 38% contained as of Wednesday morning, John Clearwater, USFS spokesperson for Angeles National Forest, said in an email update.

The fire has so far burned more than 113,000 acres but remained relatively stable overnight. The flames were 17% contained on Tuesday.

The Bobcat Fire, one of the largest and most dangerous fires in recorded Los Angeles history, is just one element stoking the worst fire season California has seen to date.

For more than a week it has threatened to overtake the Mount Wilson Observatory, a California landmark and beloved historical site that was home to major astronomical advancements in the early 20th century.

Some 1,556 firefighters are currently deployed to combat it, the Forest Service said.

Wildfires have ravaged the West Coast this summer and pushed firefighters to their limits. At least 26 people have died in fires across California since August 15, including three firefighters, according to the state agency CAL FIRE.

One of those firefighters died as a result of a fire sparked by a botched gender reveal party.

Roughly 3.4 million acres have burned across California during the same period.

Another 10 people have died and approximately 2 million acres have burned in fires in Washington and Oregon.

California has seen five of its largest fires on record in this wildfire season alone. Outside Los Angeles, the momentary reprieve could dissipate by the weekend, when weather was expected to grow warmer and drier, and forecasts showed the possibility of gusty winds, the Forest Service said.