Cosby victim asks only for 'justice' at sentencing hearing

By David DeKok NORRISTOWN, Pa. (Reuters) - The woman whose complaint led to Bill Cosby's conviction for sexual assault called for justice in brief testimony on the first day of the comedian's two-day sentencing hearing on Monday, where prosecutors asked for a sentence of up to 10 years in prison. 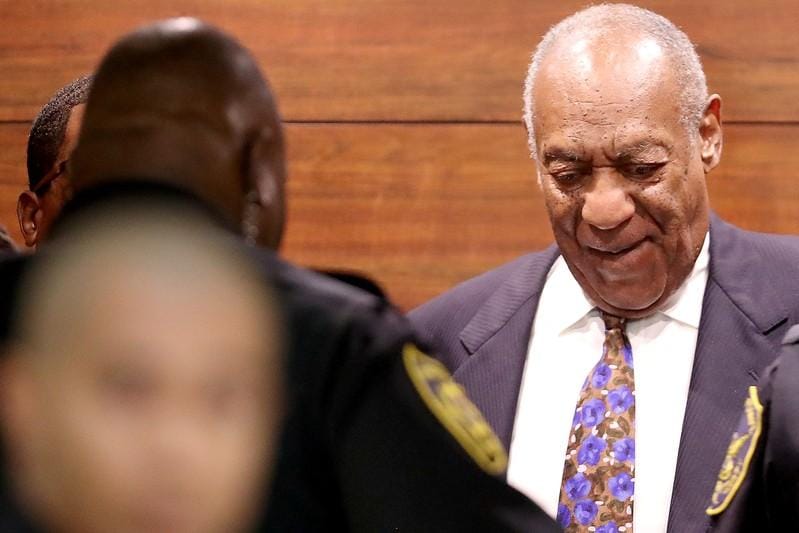 NORRISTOWN, Pa. (Reuters) - The woman whose complaint led to Bill Cosby's conviction for sexual assault called for justice in brief testimony on the first day of the comedian's two-day sentencing hearing on Monday, where prosecutors asked for a sentence of up to 10 years in prison.

Cosby was convicted in April of drugging and sexually assaulting Andrea Constand, a former administrator at his alma mater Temple University, in his Philadelphia-area home in 2004 and faces a possible prison sentence on Tuesday. More than 50 other women also have accused him of sexual abuse going back decades.

Surrounded by her parents and siblings, Constand addressed the court in a loud, clear voice for roughly a minute as Cosby, 81, sat nearby.

"Your honor, I have testified," Constand said. "I have given you my victim impact statement. The jury heard me. Mr. Cosby heard me. All I am asking for is justice as the court sees fit."

Her relatives also spoke, including her mother, Gianna Constand, who said Cosby had tried to "destroy our reputation" to protect his own.

Cosby is the first celebrity to be convicted since the start of the #MeToo movement, the national reckoning with sexual misconduct that has brought down dozens of powerful men in entertainment, politics and other fields. [nL2N1W71MW]

He built a family-friendly reputation playing the affable Dr. Cliff Huxtable in the 1980s television comedy "The Cosby Show."

On Tuesday, Montgomery County Court of Common Pleas Judge Steven O'Neill said he must first rule on whether to designate Cosby a "sexually violent predator" under state law. That designation carries more onerous reporting requirements, including monthly counselling and registration as a sex offender with police for the rest of his life.

Kristen Dudley, a psychologist with the state sex offender board, told the court Cosby met the criteria to be labelled a predator and those people were likely to reoffend.

When questioned by lawyers for Cosby, who oppose the designation, she said she had taken his age and blindness into account, and the fact no allegations more recent than his assault of Constand have emerged.

"He is an esteemed member of the community and is able to meet and befriend people," Dudley said, adding that Cosby has been accused of sexually assaulting female acquaintances. "Being blind does not stop him from meeting people."

Cosby arrived at the courthouse in Norristown, Pennsylvania, walking with a cane. A number of accusers, including model Janice Dickinson, were on hand for the sentencing hearing.

Cosby was convicted on three counts of aggravated indecent assault, a crime punishable by a maximum sentence of between five and 10 years in prison.

Prosecutors asked for the maximum prison sentence, citing the nature of Cosby's crime as well as his alleged history of misconduct. They also asked that Cosby be fined $25,000, pay court costs and, if he ever came up for parole, he submit to a "psycho-sexual evaluation" that he had refused prior to sentencing.

Cosby's lawyers asked for house arrest or time in county jail for a sentence of no longer than 23 months.

State sentencing guidelines, which are not mandatory, recommend a sentence between two and four years, said Steven Chanenson, law professor at Villanova University and a sentencing expert.

Cosby's first trial in 2017 ended in a mistrial.