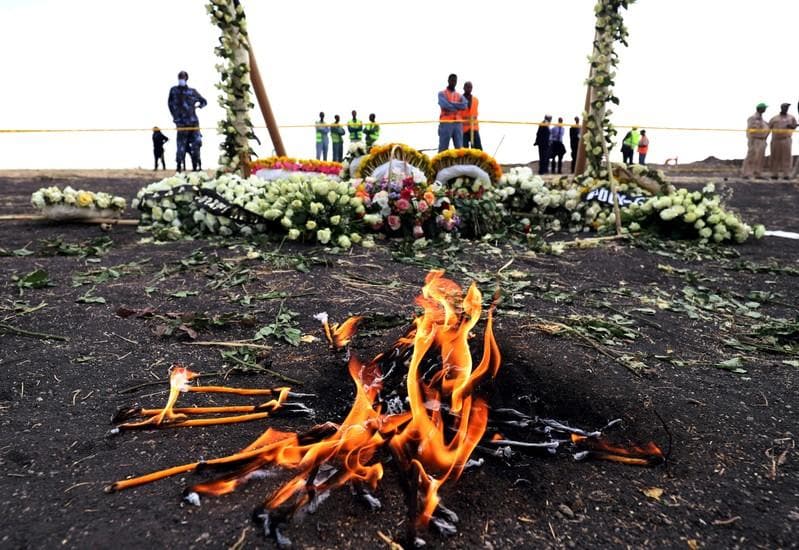 The fund, overseen by Washington lawyers Ken Feinberg and Camille S. Biros, will begin accepting claims from family members immediately. Family members will not be required to waive or release the right to litigate as a condition of participation. The 737 MAX has been grounded since March after fatal crashes in Ethiopia and Indonesia.

Claims must be postmarked no later than Dec. 31, the fund said.

Feinberg said Monday in an email to Reuters that "finding all of these heirs and making sure the funds will be safe and secure will be a real challenge since the families can be found in 35 foreign countries."

In a statement, Boeing CEO Dennis Muilenburg said the company continued to extend its "deepest sympathies" to the families and loved ones of victims of the twin crashes.

"The opening of this fund is an important step in our efforts to help affected families," he said.

Boeing also announced in July it planned to spend an additional $50 million to support education and economic empowerment in impacted communities.

Nearly 100 lawsuits have been filed against Boeing by at least a dozen law firms representing families of the Ethiopian Airlines crash victims, who came from 35 different countries, including nine U.S. citizens and 19 Canadians.

Families of about 60 victims have yet to file lawsuits but plaintiffs’ lawyers said they anticipate more to come. Most of the lawsuits do not make a specific dollar claim, though one law firm has said its clients are seeking more than $1 billion.

The lawsuits assert that Boeing defectively designed the automated flight control system. The system is believed to have repeatedly forced the nose lower in both accidents.

Boeing has said it aims to win approval to resume flights early in the fourth quarter.

U.S. Federal Aviation Administration head Steve Dickson told Reuters last week it was not clear when Boeing will be able to conduct a certification test flight. But he said the agency should approve the plane's return about a month after the test flight occurs unless something unforeseen turns up.