(Corrects location of U.S. naval base in paragraph 16 to Bahrain) By Michael Georgy and Susan Heavey DUBAI/WASHINGTON (Reuters) - Iran said on Monday it had captured 17 spies working for the CIA and sentenced some of them to death, an announcement President Donald Trump dismissed as 'totally false' amid an escalating international crisis over tankers in the Gulf. 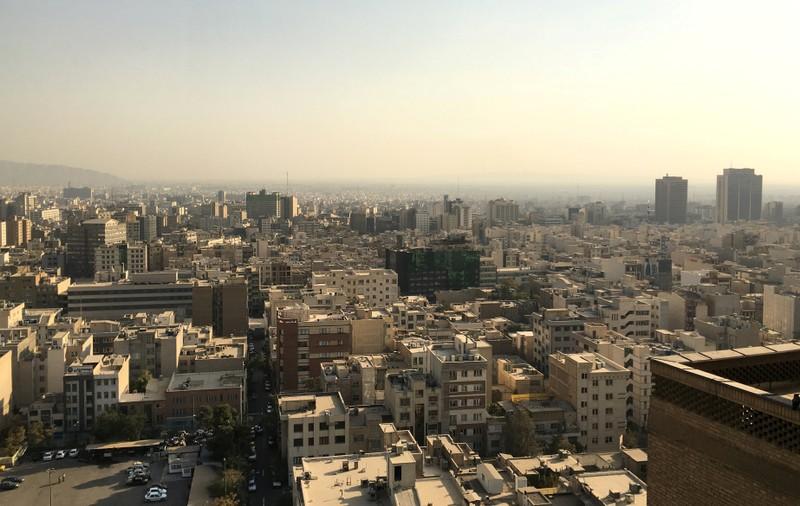 (Corrects location of U.S. naval base in paragraph 16 to Bahrain)

By Michael Georgy and Susan Heavey

DUBAI/WASHINGTON (Reuters) - Iran said on Monday it had captured 17 spies working for the CIA and sentenced some of them to death, an announcement President Donald Trump dismissed as "totally false" amid an escalating international crisis over tankers in the Gulf.

The Iranian announcement came hours before Britain was due to unveil its response to Iran's seizure of a British oil tanker, a move that has escalated a three-month confrontation that nearly drew the United States and Iran into a shooting war.

"The Report of Iran capturing CIA spies is totally false. Zero truth. Just more lies and propaganda (like their shot-down drone) put out by a Religious Regime that is Badly Failing and has no idea what to do. Their Economy is dead, and will get much worse. Iran is a total mess!" tweeted Trump.

Iranian state television published images it said showed CIA officers who had been in touch with the suspected spies. The Ministry of Intelligence said the 17 spies had been arrested in the 12 months to March 2019. Some had been sentenced to death, according to another report.

Such announcements are not unusual in Iran and are often made for domestic consumption. But the timing suggested a hardening of the Iranian position as the Gulf crisis escalates.

In London, Prime Minister Theresa May led a meeting of her government's COBR emergency committee to respond to Friday's capture of the Stena Impero tanker by Iranian commandoes who abseiled onto its deck from helicopters in the Strait of Hormuz.

British ministers were expected to unveil their plans in a speech to parliament later on Monday. Regional experts say London has few good options to exert leverage over Iran at a time when Washington has already imposed the maximum possible economic sanctions, banning Iran's global oil exports.

But the incident may prompt Britain and other countries to be more forthcoming as Washington has asked its reluctant allies to provide more ships to help secure the Gulf.

Asked on Fox News about any possible U.S. role over the seized tanker, U.S. Secretary of State Mike Pompeo said pointedly: "The responsibility ... falls to the United Kingdom to take care of their ships."

Confrontation between the United States and Iran has spiralled since last year when President Donald Trump pulled out of an international agreement signed by his predecessor Barack Obama which guaranteed Iran access to world trade in return for curbs to its nuclear programme.

In May this year Washington closed loopholes in sanctions, effectively barring all countries from buying Iranian oil.

Since then, Iran has stepped up its nuclear activity beyond limits in the deal and Washington has accused Tehran of attacking ships in the Gulf. In June, after Iran shot down a U.S. drone, Trump ordered retaliatory air strikes, only to abort them minutes before impact, the closest the United States has come to bombing Iran in their 40 year history of animosity.

Last week the United States said it had shot down an Iranian drone, which Tehran denied.

Washington's major European allies Britain, France and Germany opposed Trump's decision to quit the nuclear deal and have tried to remain neutral. But Britain was drawn more directly into the confrontation on July 4 when its Royal Marines seized an Iranian tanker off Gibraltar, accused of violating European sanctions on Syria.

Iran repeatedly threatened to retaliate for that incident and has made little secret that its capture of the Stena Impero two weeks later was intended as a retaliatory move. It says the ship is being held over safety concerns and the 23-member crew, including 18 Indians and no British citizens, are safe.

As Britain weighed its next step, a recording emerged on Sunday of Britain's only warship in the Gulf radioing in vain to try to persuade Iranian forces not to board Stena Impero. That showed the difficulty a mid-sized naval power would have in protecting ships in the strait between Iran and the Arabian peninsula, the most important waterway of the global oil trade.

The United States, which has an aircraft carrier and several other warships in the area as part of its Fifth Fleet based in Bahrain, has been trying to enlist other countries to join an international task force to protect shipping.

The United States has been struggling to win its allies’ support for an initiative to heighten surveillance of Middle East oil shipping lanes because of fears it will increase tension with Iran, six sources familiar with the matter said.

(Reporting by bureaux in Dubai, London and Washington; Writing by Michael Georgy and Peter Graff; Editing by Raissa Kasolowsky and Jon Boyle)