The Centre and various authorities made efforts to quell panic regarding the spread of coronavirus in India as the number of confirmed cases in India rose to 29 on Wednesday with 16 Italians in Rajasthan, a man who drove them around, and a PayTM employee in Gurgaon being among the fresh cases, reports said.

The PayTM employee had recently returned from a vacation in Italy, one of the worst-affected countries. PayTM has advised all its employees to work from home for the next few of days while the Gurgaon unit gets sanitised, according to a statement released by the company.

"One of our colleagues based out of Gurgaon office who recently returned from Italy has sadly been tested positive for coronavirus. He is receiving appropriate treatment. As a precautionary measure, we have suggested his team members to get health tests done immediately," the statement said.

The figure of confirmed cases in the country also includes the initial three cases that were reported from Kerala and all three patients have now recovered.

All international passengers to be screened, says Harsh Vardhan

Meanwhile, Union Health Minister Harsh Vardhan on Wednesday said that all international passengers will henceforth be screened at airports. Earlier, travellers from only 12 countries were screened at airports for the disease that has claimed over 3,000 lives and infected more than 90,000 worldwide.

Seventeen Indians abroad have been infected, 16 from a cruise ship in Japan "being treated at onshore medical facilities" and one from the United Arab Emirates, the Ministry of External Affairs said. An Indian man with symptoms fills a form at a coronavirus help desk at the Government Gandhi Hospital in Hyderabad. AP

Addressing a press conference, Vardhan gave a break-up of the cases in the country. He said that one patient is from Delhi, six more, who are his relatives, are from Agra, one is from Telangana and there are 16 Italians as well as their Indian driver in Rajasthan.  The figure also includes the initial three cases that were reported from Kerala who have now recovered from the disease.

The minister said the government has adopted a cluster approach, as part of which health authorities will check and sensitise every household within a three kilometre radius of the house of the infected person.

The government also intends to set up a laboratory in Iran so Indians there can be tested for possible exposure to the virus before being brought back, he said. An estimated 1,200 Indians, mostly students and pilgrims, are in Iran.

A meeting chaired by Principal Secretary to the Prime Minister, PK Mishra, decided that all government departments will consult the health ministry before organising conferences and international meets in the country in the coming days.

At the meeting, chaired by Mishra, the Ministry of Home Affairs was tasked with working closely with state governments, including relevant district administration officials, to ensure compliance with screening protocols at Integrated Check Posts (ICPs) on India's land borders.

Decisions were also taken to rapidly implement opening of proper testing, isolation and quarantine facilities in various parts of the country, down to the district level in partnership with state governments, PTI reported.

As Indians all over the world came to grips with the global epidemic, the health crisis was discussed at a meeting of the Union Cabinet as well. Union minister Prakash Javadekar said over six lakh people had been screened for coronavirus symptoms in 21 airports.

Briefing reporters, the Information and Broadcasting minister said more than 10 lakh people entering India from the open borders with Nepal, Bhutan and Myanmar have also been screened.

While only the virology institute based in Pune is fit for conducting coronavirus tests, the government has now set up 15 more labs and is in the process of establishing 19 additional centres, he said.

"The government is proactively engaged in dealing with coronavirus. The prime minister is monitoring the situation daily," he said.

"Experts across the world have advised to reduce mass gatherings to avoid the spread of COVID-19 or novel coronavirus. Hence this year, I have decided not to participate in any 'Holi milan' programme," the prime minister tweeted.

Reports also said that Shah’s Hyderabad rally scheduled for 15 March was postponed after one case was reported from the city.

Higher education secretary Amit Khare on Wednesday wrote to all the state chief secretaries and the CBSE directing them to spread awareness about precautionary measures regarding coronavirus in schools, reports said.

“In order to create awareness among students, preventive measures such as frequent hand wash, respiratory etiquettes (using handkerchiefs over mouth while coughing or sneezing, etc) would help in preventing/reducing transmission of not only this disease, but also large number of other communicable diseases,” the advisory said.

The railway ministry also issued an advisory stating that material with information about coronavirus should be displayed "prominently" to increase awareness among the public regarding the disease, The Indian Express reported.

Railway staff will be trained with preventive measures to curb the spread of the virus, the statement said, and added that any suspected case of coronavirus should be reported to the railway hospital.

Kerala health minister KK Shailaja on Wednesday said that the three students who had returned from China's Wuhan and had tested positive for the novel coronavirus, are stable and "at home". "Their isolation period is also over," she was quoted by ANI as saying.

Wuhan is the epicentre of the outbreak, and the three students who had returned from the Chinese city were the first cases of the coronavirus in India.

Several state governments, including in Rajasthan and Delhi, screened visitors and others for the disease in hotels and guesthouses. With 16 Italian tourists, who came to Rajasthan by road from Delhi, testing positive, the desert state swung into action to contain the infection. 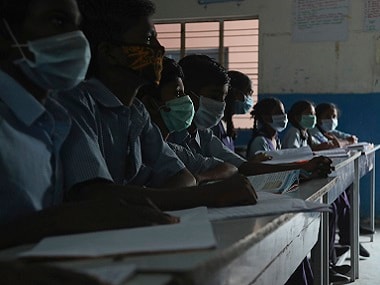 Rajasthan health minister Raghu Sharma said in the Assembly that at least 215 people had come in contact with the group. These included 53 people in Jhunjhunu, 14 each in Jodhpur and Jaisalmer, 44 in Bikaner, six in Udaipur and 76 people in Jaipur.

Swab samples of 93 people were taken with 51 suspected patients testing negative whereas reports of 41 others are still pending, he said. He said Italy has the third largest number of coronavirus cases in the world (more than 2,500) and the tourists should have been screened earlier.

A 69-year-old man was the first one in the group to test positive for the disease. Subsequently, his wife, too, tested positive at Jaipur's Sawai Man Singh Hospital, where the couple is now admitted.

The other 14 members of the group and their Indian driver were quarantined at the ITBP camp in Chhawla. In Delhi, Kejriwal said efforts are on to check and screen 88 people who came in contact with the Delhi man who tested positive for coronavirus.

While Vardhan said that the 45-year-old man from Mayur Vihar and six of his relatives from Agra whom he recently visited are being treated at the Safdarjung hospital, Kejriwal said a taskforce headed by him has been formed to tackle the situation emerging from the coronavirus infection. "We are concerned about situation but no need to panic," he said.

A coronavirus testing lab will be set up at the Lady Hardinge Hospital and also at the LNJP Hospital if necessary, Kejriwal said.

Stating that wearing masks was not the only solution to dealing with coronavirus, Union minister Javadekar also said, “Other things are keeping your hands clean, taking precautions in public places, and doing namaskar.” He was addressing concerns after reports emerged about the shortage of masks in the country.

As the coronavirus came perilously close to home and ‘dos and don'ts’ about the disease were circulated, others also advocated that the Indian way of greeting, the ‘Namaste’, was the way to go.

A BJP leader from Goa on Wednesday suggested that people should adopt the 'Namaskar' style of greeting each other with folded hands to battle coronavirus. "As cases detected for nCovid19 increase, albeit in single digit, it's high time we take adequate precautions and adopt the Indian style of greeting with 'Namaskar'," Kunkolienkar, who was a close aide of former Goa chief minister Manohar Parrikar, tweeted on Wednesday.

Meanwhile, The Print reported that the Hindu Mahasabha is planning a ‘gaumutra party’ to curb the spread of coronavirus in the National Capital.

Israel prime minister Benjamin Netanyahu also told Israelis to adopt the 'Namaste' greeting at a press conference to mitigate the spread of coronavirus on Wednesday.

People stock up on hand sanitisers and masks

Many people went into panic mode and started stocking up on hand sanitisers and masks, PTI reported. Many shops, including in Delhi, said stocks of both had run out.

However, Kejriwal said there is no shortage of masks.

In Rajasthan, too, purchase orders have been given for 50,000 personal protective equipment kits and five lakh each of N-95 and triple layer masks to deal with the problem, Rajasthan minister Sharma said.

Many schools in the National Capital Region said they were fumigating and sanitising their premises. Three schools in Delhi and its adjoining suburbs announced holidays for students and staff as a precautionary measure to prevent spread of the disease while two schools advanced their spring break and others sent out advisories to parents.

Friday prayers in Iran have been canceled for the second consecutive week across all provincial capitals amid the country's growing coronavirus outbreak, state television was quoted by AP as saying. Friday is the main congregational day of prayer in Islam, and traditionally an important event for Iran's clerical rulers.

Iran on Wednesday announced that the toll of the coronavirus had risen to 92 amid 2,922 confirmed cases across the Islamic Republic, the highest toll in the world outside of China.

Meanwhile, tensions over how to contain the coronavirus escalated on Wednesday in the United States as the death toll climbed to nine and lawmakers expressed doubts about the government's ability to ramp up testing fast enough to deal with the crisis, The Associated Press reported.

All of the deaths have occurred in Washington state, and most were residents of a nursing home in suburban Seattle. The number of infections in the US overall climbed past 100, scattered across at least 15 states, with 27 cases in Washington alone.