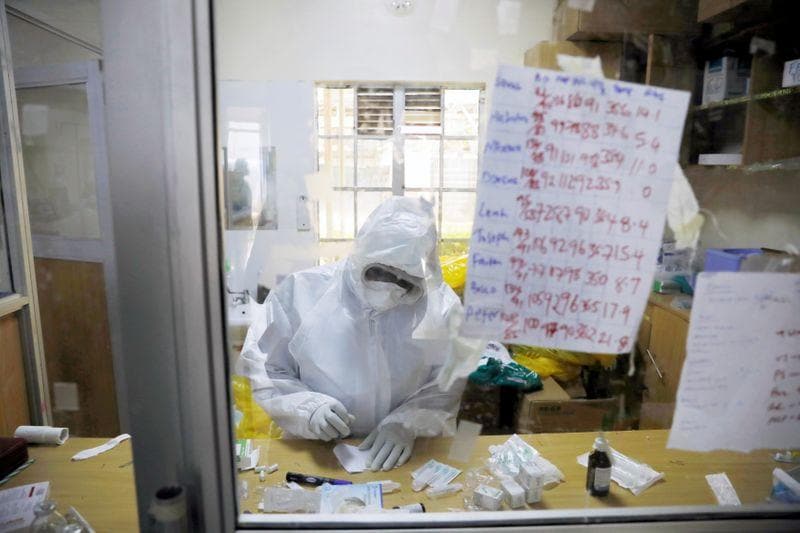 (Reuters) - Total coronavirus cases in Africa surpassed the 2 million mark on Wednesday despite the slow addition of reported infections compared to other regions around the world.

With over 2,012,000 cases, Africa represents under 4% of the world's reported cases, which many experts believe to be an undercount.

They believe that many COVID-19 infections and related deaths in Africa are likely being missed as testing rates in the continent of about 1.3 billion people are among the lowest in the world, and many deaths of all types go unrecorded.

The region’s COVID-19 fatality rate at nearly 2.4% is the third highest in the world behind Latin America and the Middle East, though total reported deaths is far lower. Africa has reported over 48,000 deaths so far.

Countries such as Sudan, Chad, and Egypt have reported the highest fatality rates across the continent at 7.81%, 6.28%, 5.82%, respectively. South Africa has the continent's highest number of reported COVID-19 cases at over 750,000, with a death rate of 2.71%, based on a Reuters tally.

With the continent representing nearly 16.7% of the entire world population, about 15 cases are reported for every 10,000 persons.

Africa's lower number of infections and deaths compared Europe, South America and the United States can in part be attributed to several factors aside from a likely undercount.

The virus hit Africa later than other continents, giving medical personnel time to set up field hospitals, source oxygen and ventilators, and learn from treatment improvements.

South Africa introduced one of the world's toughest lockdowns in late March when the country had confirmed just 400 cases. Experts also point to the continent's demographics.

The risk of developing severe COVID-19 increases with age, so the continent's relatively youthful population is likely contributing to a lower overall fatality rate, experts have said.

African governments also have experience battling deadly infectious diseases such as Ebola, which killed more than 11,000 people in West Africa in 2013 to 2016, so officials took notice when the new coronavirus started spreading around the globe and many put early measures in place to curb the spread.

More recently, however, the pandemic is having an impact on other vital health services in Africa as countries are forced to redirect already stretched resources, a regional head of the World Health Organization said.