By Andy Sullivan and Richard Cowan WASHINGTON (Reuters) - U.S. lawmakers on Thursday blocked attempts to alter a $2.3 trillion coronavirus aid and government spending package, rejecting President Donald Trump's demand for extensive changes and leaving benefits for millions of Americans at risk. Democrats in the House of Representatives sought to increase direct payments to Americans included in the bill from $600 to $2,000 per person as part of a coronavirus economic relief initiative, acting on one of Trump's requests 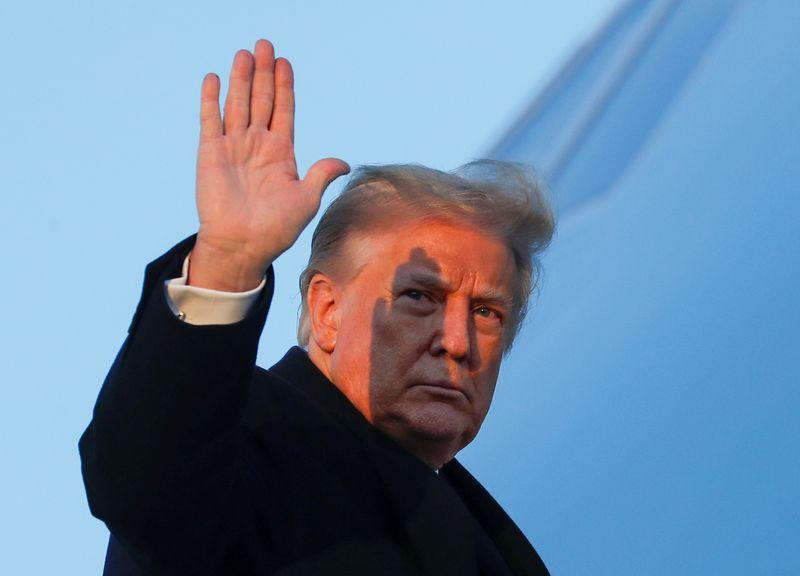 Democrats in the House of Representatives sought to increase direct payments to Americans included in the bill from $600 to $2,000 per person as part of a coronavirus economic relief initiative, acting on one of Trump's requests. Trump's fellow Republicans, who oppose the higher amount, blocked that effort.

Republicans sought to change the amount of foreign aid included in the package, seeking to address another one of Trump's complaints. Democrats blocked that request.

The flurry of activity on the House floor did nothing to break a standoff that threatens desperately needed assistance for millions of Americans and raises the prospect of a partial government shutdown at a time when officials are trying to distribute vaccines in a country where nearly 320,000 people have died from COVID-19.

Embittered by his loss to Democrat Joe Biden, Trump in a surprise move on Tuesday pressed Congress to dramatically alter the coronavirus and government-spending package, which passed by wide, bipartisan margins on Monday.

Trump was playing golf in Florida on Thursday. The White House did not respond to a request for comment. The 5,500-page bill took months to negotiate and the White House had said earlier that Trump would sign it into law.

With the status quo unchanged, it was unclear whether Trump would sign the package into law or hold out for further action.

If Trump does not sign the package into law, unemployment benefits for about 14 million Americans will lapse starting on Saturday and the U.S. government would be forced into a partial shutdown beginning on Tuesday.

New stimulus checks, which could go out as soon as next week, would be delayed, as would payments to cash-strapped states that are administering the vaccine rollout.

A moratorium on tenant evictions would expire on Dec. 31, instead of being extended for another month. The standoff comes as U.S. economy is slowing in the face of the raging pandemic.

Congress could keep operations running by passing a fourth stopgap funding bill before midnight on Monday. To successfully do that, lawmakers would need Trump's cooperation at a time when he is consumed by his bid to remain in office beyond Jan. 20.

The stopgap bill would not include coronavirus aid, however.

Many Democrats say the $892 billion coronavirus aid package is not big enough to address the pandemic, and they have welcomed Trump's call for larger stimulus checks.

"How ironic it would be to shut down the federal government at a time of pandemic crisis, the very time when government services are needed the most," House Democratic Leader Steny Hoyer said at a news conference.

House Speaker Nancy Pelosi said the chamber would hold a vote on the stimulus-check increase on Monday.

The House will also on Monday try to override Trump's veto of an unrelated defense-policy bill.

Republicans opposed larger direct payments during negotiations as they sought to limit the size of the package. Increased payments could add hundreds of billions of dollars to the overall price tag.

House Republican Leader Kevin McCarthy said on Thursday Democrats should be willing to address foreign aid and other elements of the bill that he has derided as wasteful spending. "House Democrats appear to be suffering from selective hearing," he wrote in a letter to other House Republicans.

The Trump administration had requested the foreign aid in a budget proposal earlier this year, and his lead negotiator, Treasury Secretary Steven Mnuchin, had supported the $600 stimulus payments.

Biden has said a larger coronavirus aid package will be necessary to help fight the pandemic and assist those whose lives have been upended by it. His transition team declined to comment on Thursday's developments.

Trump sparked a record 35-day government shutdown two years ago when he rejected a federal spending bill over what he said was insufficient funding for building a U.S.-Mexico border wall.

That idled tens of thousands of federal workers and forced military service members and public-safety employees to work without pay.