WASHINGTON (Reuters) - U.S. Democratic Senator Chris Coons, who is seen as a contender for secretary of state in the incoming Biden administration, told Reuters on Friday he hoped to see a bipartisan policy on China that would 'out-compete' Beijing. 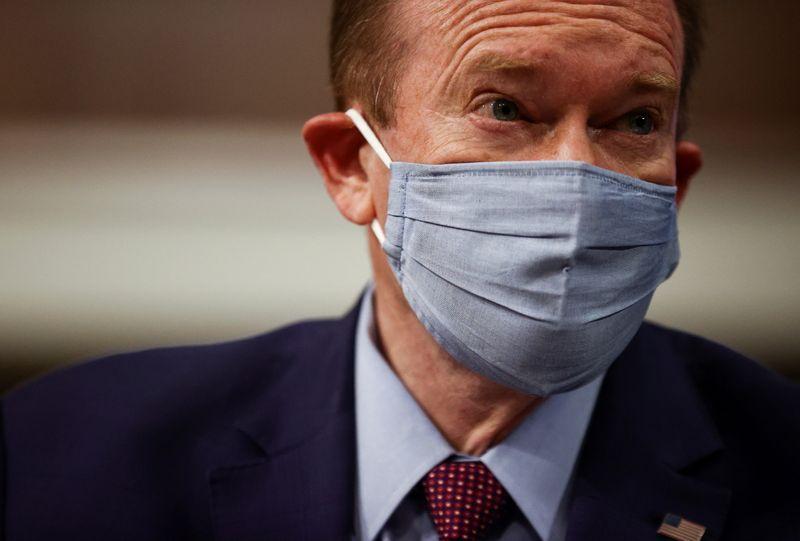 WASHINGTON (Reuters) - U.S. Democratic Senator Chris Coons, who is seen as a contender for secretary of state in the incoming Biden administration, told Reuters on Friday he hoped to see a bipartisan policy on China that would "out-compete" Beijing.

Coons also said in an interview that while the main U.S. focus would have to be on competing with China, it was essential to cooperate with Beijing on areas such as climate change, global health and nuclear non-proliferation.