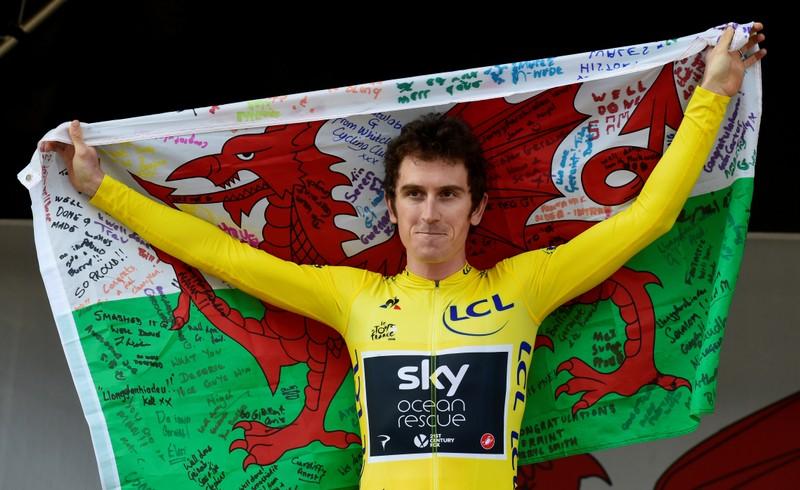 Welsh cyclist Thomas, 32, has won three world championships and two Olympic gold medals along with this year's Tour de France, while the honours for Southgate and Kane follow England's World Cup run in Russia this Summer in which the team finished fourth, their best result since victory in 1966.

The awards also include a damehood for model Lesley Lawson, better known as Twiggy, one of the defining faces of the swinging 1960s.

Two members of the team who rescued 12 junior footballers and their coach from a flooded cave in Thailand, Richard Stanton and John Volanthen, received the George Medal for gallantry.

A knighthood goes to writer Philip Pullman, whose books include the "His Dark Materials" trilogy, while "Gruffalo" children's author Julia Donaldson, 70, is awarded a CBE.

The New Year's honours have been awarded since Queen Victoria's reign in the 19th century and aim to recognise not just well-known figures but those who have contributed to national life through often selfless and unsung contributions over many years.

In that spirit, an OBE for fighting gun and knife crime goes to Mark Prince, 49, whose son Kiyan was fatally stabbed outside his school aged 15 in May 2006, while 28-year-old Stephen Addison who set up boxing classes to channel young people’s energy away from crime is awarded the BEM.

The biannual honours list is released on the Queen's official birthday in June and at the end of each year. The list, along with a guide to the various awards, is published by the Cabinet Office and can be seen at www.gov.uk/honours/honours-lists.