By Stanis Bujakera KINSHASA (Reuters) - Democratic Republic of Congo rejected on Friday an African Union demand to delay announcing final results from its presidential election, compounding the turmoil surrounding a vote that many fear could fan widespread unrest. In a surprise announcement on Thursday, the AU called for the results to be postponed because of 'serious doubts' over the conduct of the election, which was supposed to mark Congo's first democratic handover of power in 59 years of independence but which the runner-up candidate says was rigged. 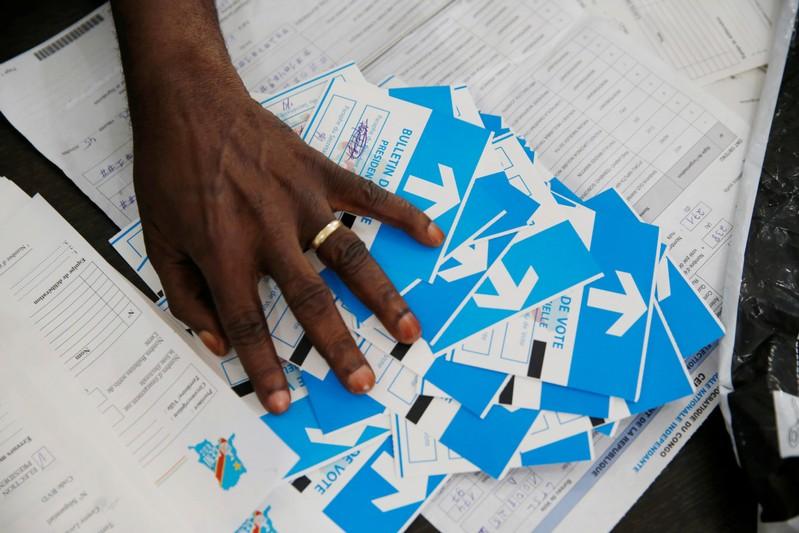 KINSHASA (Reuters) - Democratic Republic of Congo rejected on Friday an African Union demand to delay announcing final results from its presidential election, compounding the turmoil surrounding a vote that many fear could fan widespread unrest.

In a surprise announcement on Thursday, the AU called for the results to be postponed because of "serious doubts" over the conduct of the election, which was supposed to mark Congo's first democratic handover of power in 59 years of independence but which the runner-up candidate says was rigged.

The final tally will be released once the Constitutional Court has ruled on challenges to provisional results. It is expected to decide on appeals, including that of opposition leader and second-placed Martin Fayulu, on Friday or Saturday.

"I do not think anyone has the right to tell the court what to do. I am not under the impression (the AU) fully understands Congo's judicial process," government spokesman Lambert Mende said. "No country in the world can accept that its judicial process be controlled by an (outside) organisation."

The AU said it would send a delegation to Congo to seek "a way out of the post-electoral crisis". The mission, expected in Kinshasa on Monday, will include Rwandan President and AU chair Paul Kagame, Moussa Faki, chairman of the AU Commission, and other heads of state.

Mende said the AU delegation was welcome, but that the post-election process would remain unchanged.

Provisional results announced last week showed a shock victory for opposition leader Felix Tshisekedi. But Fayulu requested a recount, saying he had won with over 60 percent of the vote and that Tshisekedi was announced victor only after striking a deal with outgoing President Joseph Kabila.

Kabila and Tshisekedi's camps have denied striking a backroom deal and accusations of fraud.

Speaking on Friday, Fayulu welcomed the AU statement and called on his supporters to remain calm.

"I ask you to not give in to provocation, to avoid anything that could divide us or break down national cohesion," he said. "Nobody can deny the people their victory."

The AU statement heaps more pressure on Kinshasa to address what independent monitors described as serious flaws in the process including faulty balloting machines and polling stations at which many were unable to vote.

An AU endorsement of the result is crucial for the legitimacy of the next president.

Congo's influential Catholic Church said the official results were inconsistent with its own tallies. Three diplomats briefed on the Church's findings said they pointed to a clear victory for Fayulu, a former Exxon Mobil country manager.

Congolese sources in contact with senior government officials told Reuters Fayulu had won decisively, but top officials instructed the electoral commission to award the election to Tshisekedi, seen as more open to compromise with Kabila and his allies.

Kabila's aides and the electoral commission president denied this.

But poor governance, endemic corruption and violent factional anarchy, especially in the east, have left many in poverty and dissatisfied with Kabila's 18-year rule.

Many Congolese are now concerned that the election dispute will fan widespread, violent disorder.

The U.N. human rights office said on Friday it had documented 34 people killed, 59 wounded and 241 arbitrary arrests since the provisional results were announced on Jan. 10.