KINSHASA (Reuters) - Candidates launched their campaigns on Thursday for a Dec. 23 election that could usher in the first democratic transfer of power in the Democratic Republic of Congo. 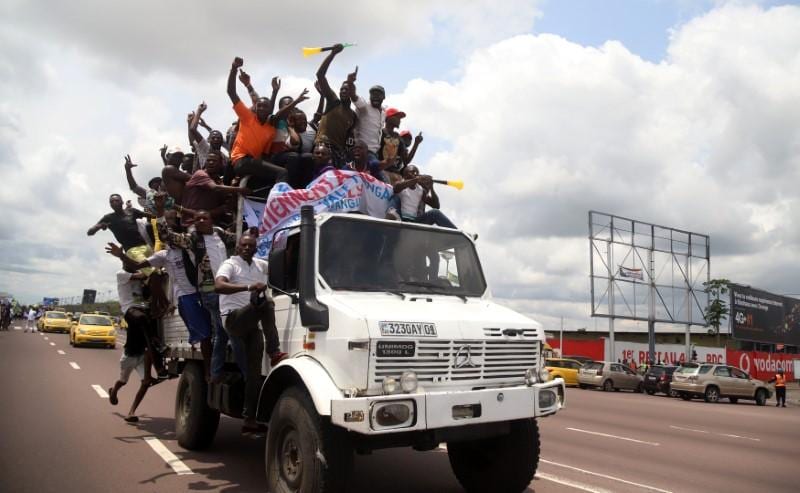 KINSHASA (Reuters) - Candidates launched their campaigns on Thursday for a Dec. 23 election that could usher in the first democratic transfer of power in the Democratic Republic of Congo.

President Joseph Kabila, who has ruled the vast country since his father's assassination in 2001, is backing his former interior minister Emmanuel Ramazani Shadary in the presidential race against a fractured opposition.

"We are sure we will win, by what margin is up to the people. It is enough to look at our adversaries to understand we will win for sure," government spokesman Lambert Mende said.

Campaigning officially kicked off at midnight, after which Kabila, Shadary and coalition members held a meeting at the president's farm outside the capital, Kinshasa, on Thursday.

The election had been meant to happen before Kabila's mandate expired in 2016, but has been delayed for so long that many doubted it would ever take place. Questions remain over how it will be conducted.

Opposition groups have harshly criticised a new system with electronic voting machines, which they say are more vulnerable to vote-rigging than paper and ink and could be compromised by the unreliability of Congo's power supply.

On Thursday, the head of the electoral commission (CENI) said 70 percent of the "kits and electoral material" had reached their destinations and that the rest were expected to arrive no later than Dec. 7.

The opposition is in disarray after a deal to support a single candidate collapsed last week as a result of two opposition leaders, Felix Tshisekedi and Vital Kamerhe, pulling out.

Those two are expected to announce a joint candidacy between their parties in coming days. Remaining members of the opposition are backing businessman Martin Fayulu.

Speaking at the airport on his return to Kinshasa on Wednesday, Fayulu reiterated his opposition to the new voting system.

"Our objective is to achieve credible elections, that is elections with paper ballots without voting machines, with a clear and clean electoral list so that ... results are in accordance with (the people's) vote," he told a cheering crowd.

On his way into town later he was welcomed by thousands of supporters.

Over 46 million people are registered to vote, but nearly seven million of these have been disbarred over issues with their credentials, the CENI said on Thursday, without giving further details.

The electoral campaign will officially end at midnight on Dec. 21.