BOGOTA (Reuters) - Colombia's national electoral commission said on Tuesday it has launched a preliminary investigation into President Ivan Duque, his Democratic Center party and officials from his 2018 campaign for alleged finance violations. 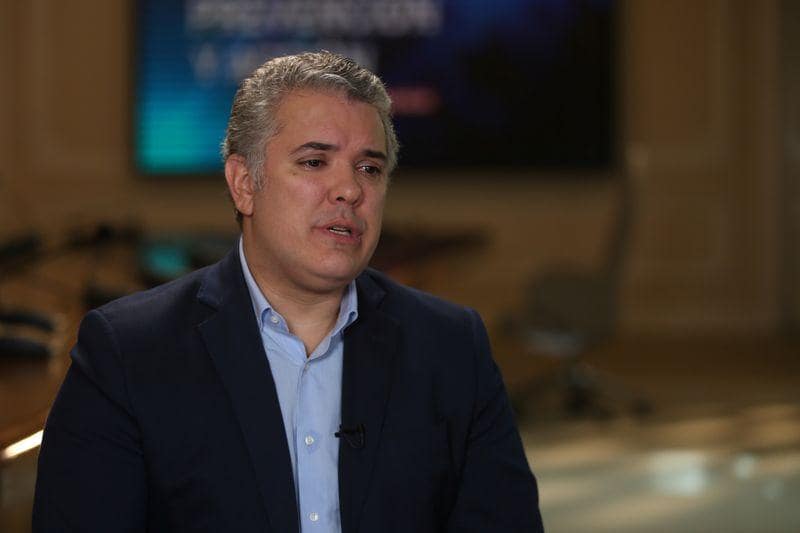 BOGOTA (Reuters) - Colombia's national electoral commission said on Tuesday it has launched a preliminary investigation into President Ivan Duque, his Democratic Center party and officials from his 2018 campaign for alleged finance violations.

If irregularities are proven, the governing party could lose its legal status, preventing it from fielding candidates in future elections, in addition to fines and criminal penalties that may affect its leaders.

In an extreme outcome, Congress could also declare Duque's presidency invalid, according to procedures for investigating and trying political crimes.

The commission said in a statement that it has "opened a preliminary investigation against the then-candidate and current president of the Republic of Colombia, Ivan Duque Marquez, campaign manager Luis Guillermo Echeverri Velez and the Democratic Center party for alleged violation of electoral regulations for financing political campaigns."

Martinez and Echeverri will have to testify and the Democratic Center will be required to submit accounts from the Duque campaign to the commission, so it can determine the origin and amount of financial contributions.

The Democratic Center said in a statement its finances for the campaign were managed in accordance with the law and using strict donor controls. It will hand over accounting reports to prove it, the statement added.

Duque, who has grappled with low approval ratings for much of his term, is likely to face more problems amid economic and social troubles caused by the coronavirus

outbreak and the recent house arrest of former President Alvaro Uribe, who is Duque's mentor and the head of the Democratic Center.