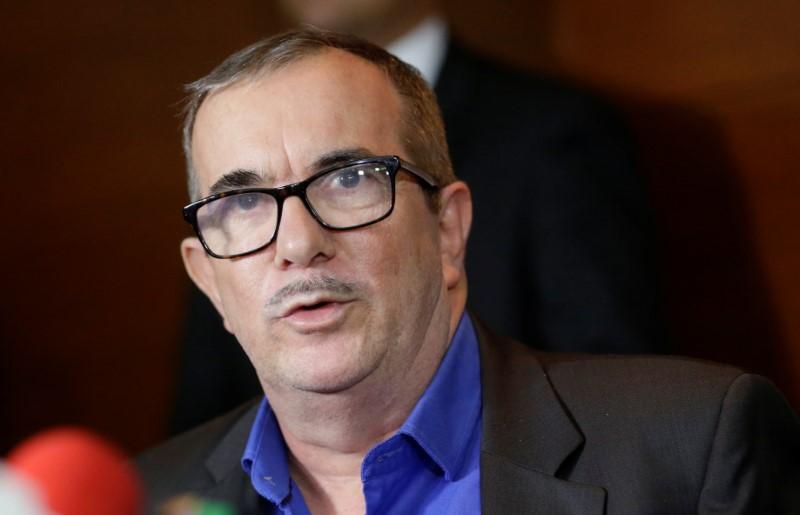 General Oscar Atehortua, director of Colombia's national police, said officers killed two men who planned to commit the attack, which was ordered by commanders of dissident rebels who decided to return to conflict last year.

"A terrorist attack which sought to kill Rodrigo Londono Echeverri, president of the FARC political party, was prevented" Atehortua told a press conference in the city of Armenia.

Police said an informant provided them with details of the assassination attempt against Londono.

Londono, who was the highest commander of the Revolutionary Armed Forces of Colombia (FARC) when a peace deal was signed in 2016, now heads the FARC political party, which preserved its Spanish initials after changing its name to the Revolutionary Alternative Common Force.

The peace agreement gave the FARC five seats in the Senate and five more in the House of Representatives for two legislative periods that expire in 2026.

Atehortua said the two men charged with carrying out the attack died on Saturday afternoon on a road between the departments of Quindio and Valle del Cauca, when police intercepted them.

Atehortua said the two dead men were in an area where Londono had been in recent days.

He said the attackers would have received military instruction in Venezuela from Ivan Marquez and Hernan Dario Velasquez, aka "El Paisa", two former FARC commanders who announced last August that they would return to the armed struggle because they believed the peace agreement had broken down.

One of the attackers killed by police had belonged to a special government unit responsible for protecting high-ranking state officials and former guerrilla leaders who are currently engaged in political activities.

There was no immediate response from Londono or from the FARC political party.