By Swati Pandey and Loren Elliott SYDNEY (Reuters) - Just a few months after arriving in Sydney for a planned two-year stay, university students Maggie Zhang and boyfriend Sunny Gu sat down to make a 'pros and cons' list about life in Australia. 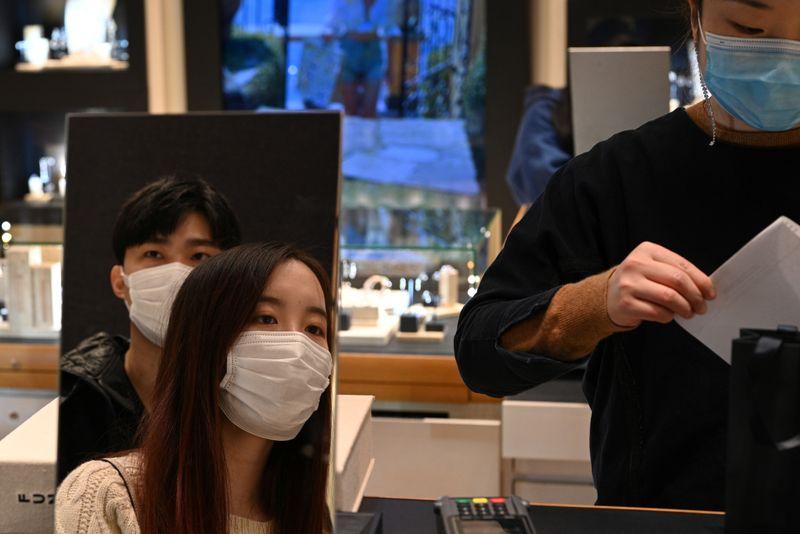 By Swati Pandey and Loren Elliott

SYDNEY (Reuters) - Just a few months after arriving in Sydney for a planned two-year stay, university students Maggie Zhang and boyfriend Sunny Gu sat down to make a "pros and cons" list about life in Australia.

The list was very quickly unbalanced. On the positive side, staying to complete their Masters in Commerce at the University of Sydney would keep the couple, who had met in Australia, together.

Weighing down the other side of the equation was a host of negatives, almost all spurred by the coronavirus pandemic. Their classes had moved online, making study harder and less interactive, many friends had already returned home and the relatively high cost of living in Sydney was biting.

"We really wanted to stay so it was a difficult decision to make," Zhang told Reuters as she packed her suitcase on her final day in Australia this month.

The pair are part of an exodus from Australia of international students, the bulk of whom are from China, that is worrying officials in a country which boasts education as its fourth biggest export.

With Australia already sliding into its worst recession in almost a century, education leaders expect the disappearance of international students to cost billions of dollars. Data on how many international students have left the country this year is not yet available, but anecdotal evidence on departures and data on new enrolments paints a worrying picture.

New enrolments of international students, who generally make up about 20% of all university students in Australia, grew by an average of 10% over the past two years.

But growth in the first six months of this year was negligible as Australia closed its borders in March to all foreigners because of the pandemic.

The slowdown in foreign student enrolments mean Australian universities are facing a revenue hit of between A$3.1 billion and A$4.8 billion (£1.7 - £2.6 billion) this year alone, Catriona Jackson, Chief Executive of Universities Australia, told Reuters.

New enrolments from China fell 8% in the first half of the year, compared with a gain of 4% across 2019, according to government data.

The warning came after Australian Prime Minister Scott Morrison in April told foreign students to go back to their home countries if they were unable to make ends meet during the pandemic, adding they weren't entitled to any welfare payments.

Zhang and Gu, who met in a class tutorial last year, said the resulting diplomatic tensions weren't a factor in their decision, which centred instead on isolation and its impact on their social life as well as studies.

"It's a little bit frustrating (to) not participate in real life classes," Zhang told Reuters while packing. "You can't really talk with the professor or meet new friends. Of course, the tutorials are all online. It doesn't have a feeling of participation. It’s not like school, I think."

Shiyu Bao, who graduated from the University of Sydney in July with a degree in Public Relations, is desperately looking for permanent work before her student visa expires in September.

"It's a race against time," she told Reuters this month at an inner city cafe.

"A majority of my friends have gone back home but I really want to stay here," said Bao, who is working part-time at a student organisation. "I have polished my resume and have applied for a few jobs but I've had no success so far. I'm willing to do even unpaid internships as long as I get to stay here."

Zhang and Gu plan to return to Australia next year for their final semester if face-to-face classes resume.

"Online classes have lost the real meaning of studying abroad," Gu said via WeChat this week from Guangzhou, where he is in two-week quarantine with Zhang before she returns to her hometown of Wuhan.

"I definitely hope everything will be normal in 2021. My family and I are looking forward to coming back for my graduation ceremony.