By Sophie Yu and Se Young Lee BEIJING (Reuters) - China confirmed another 15 deaths in the province at the centre of the deadly coronavirus outbreak that has now infected more than 1,000 people globally, highlighting the challenges for health authorities around the world working to prevent a global pandemic. 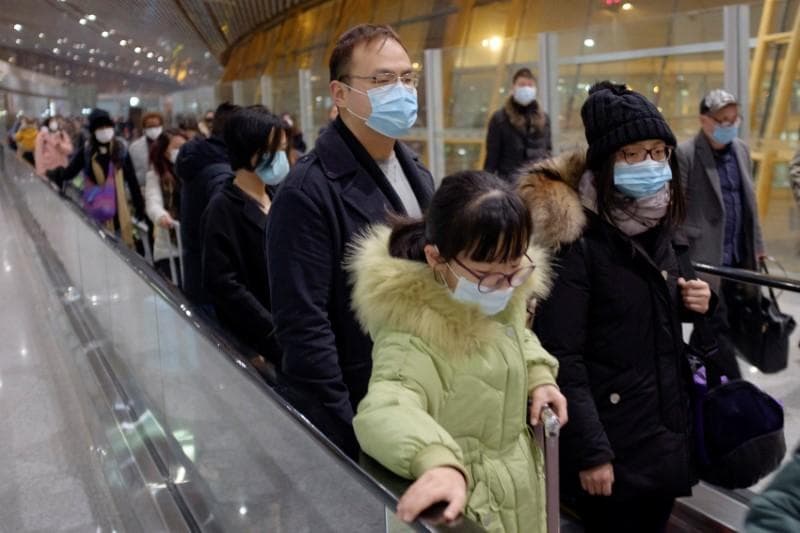 BEIJING (Reuters) - China confirmed another 15 deaths in the province at the centre of the deadly coronavirus outbreak that has now infected more than 1,000 people globally, highlighting the challenges for health authorities around the world working to prevent a global pandemic.

The Health Commission of Hubei Province said in a statement published early Saturday that 180 new cases had been reported as of end-Friday, putting the total number of confirmed patients in the province at 752.

All 15 deaths reported by the commission occurred in Wuhan, the province's capital and epicentre of the outbreak that has been in virtual quarantine as China scrambles to contain the virus spread.

There has been no new national-level data available yet from Chinese authorities. The National Health Commission on Friday had confirmed 830 cases.

The vast majority of the cases and all of the 41 confirmed deaths to date have been in China, but the virus has also been detected in Thailand, Vietnam, Singapore, Japan, South Korea, Taiwan, Nepal, France and the United States.

The World Health Organization (WHO) declared the new coronavirus an "emergency in China" this week but stopped short of declaring it of international concern. The virus continues to spread globally, however: French authorities reported Europe's first confirmed cases on Friday evening.

Wuhan, a city of 11 million at the centre of the outbreak, is in virtual lockdown. Nearly all flights at Wuhan's airport have been cancelled and checkpoints block the main roads leading out of town. Authorities have since imposed similar lockdowns on more than 10 cities near Wuhan as part of the ongoing containment effort.

As Wuhan slides into isolation, pharmacies have begun to run out of supplies and hospitals have been flooded with nervous residents. The city is rushing to build a 1,000-bed hospital by Monday, state media said.

The newly-identified coronavirus has created alarm because there are still many unknowns surrounding it, such as how dangerous it is and how easily it spreads between people. It can cause pneumonia, which has been deadly in some cases.

Symptoms include fever, difficulty breathing and coughing. Most of the fatalities have been in elderly patients, many with pre-existing conditions, the WHO said.

Airports around the world have stepped up screening of passengers from China, though some health officials and experts have questioned the effectiveness of such screenings and of the lockdown. The virus's symptoms are also similar to other respiratory diseases, adding to difficulties in screening.

Hubei's health authority said there were 658 patients affected by the virus in medical care, 57 of whom were critically ill.