By Michelle Nichols UNITED NATIONS (Reuters) - China and the United States are deadlocked over a U.N. Security Council resolution to extend the world body's political mission in Afghanistan, with Beijing signalling it will cast a veto because there is no reference to its global Belt and Road infrastructure project, diplomats said on Monday. A planned vote on Monday by the 15-member Security Council to renew the mission, known as UNAMA, was delayed to Tuesday to allow for further negotiations. 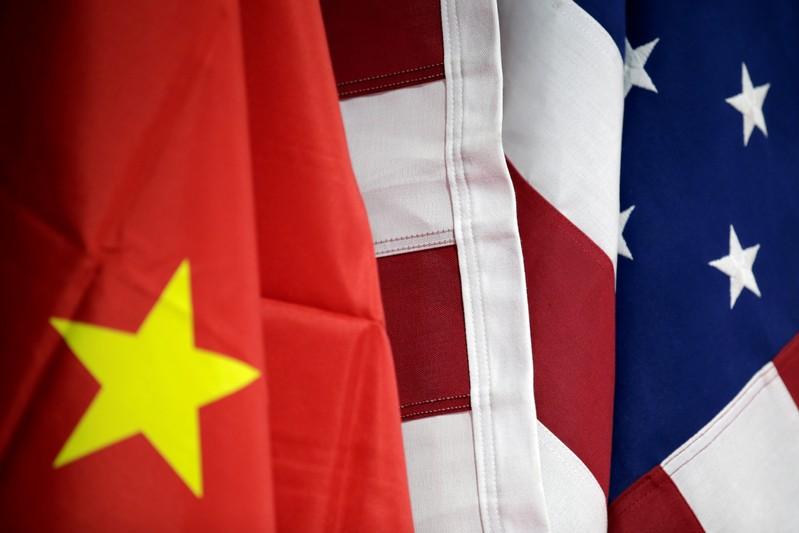 UNITED NATIONS (Reuters) - China and the United States are deadlocked over a U.N. Security Council resolution to extend the world body's political mission in Afghanistan, with Beijing signalling it will cast a veto because there is no reference to its global Belt and Road infrastructure project, diplomats said on Monday.

A planned vote on Monday by the 15-member Security Council to renew the mission, known as UNAMA, was delayed to Tuesday to allow for further negotiations. The mission's mandate expires on Tuesday. To pass, a resolution needs nine votes in favour and no vetoes by the United States, China, France, Russia and Britain.

Ahead of the postponement, diplomats said China was expected to veto a resolution - drafted by Germany and Indonesia - that did not reference the Belt and Road project. China's U.N. mission did not immediately respond to a request for comment.

China was then planning to propose a vote on a short draft resolution, known as a technical rollover, to allow the mission to keep operating, diplomats said. But they added it could fail to get the nine votes needed to pass because several council members were considering abstaining.

The U.N. mission, which was established in 2002, is helping Afghanistan prepare for Sept. 28 elections and is pushing for peace talks between the Afghan government and the Taliban.

Talks between the United States and the Taliban militants on a U.S. troop withdrawal fell apart earlier this month. There are 14,000 U.S. forces and thousands of other NATO troops in the country, 18 years after a U.S.-led coalition invaded following the Sept. 11, 2001, al Qaeda attacks on the U.S.

The UNAMA mandate is renewed annually by the Security Council. The resolutions in 2016, 2017 and 2018 all included a reference welcoming and urging efforts like China's Belt and Road initiative to facilitate trade and transit.

But when it came time to extend the mandate again in March, the United States and other Western council members wanted the language removed, sparking a standoff with China. The council ended up adopting a six-month technical rollover to allow the mission to keep operating.

At the time, acting U.S. Ambassador Jonathan Cohen slammed China for holding "the resolution hostage" by insisting "on making it about Chinese national political priorities rather than the people of Afghanistan."

He criticized Beijing's Belt and Road initiative - to link China by sea and land through an infrastructure network with southeast and central Asia, the Middle East, Europe and Africa - for "known problems with corruption, debt distress, environmental damage, and lack of transparency."

At a Security Council meeting on Afghanistan last week, Cohen referred to the continuing impasse with China.

"We strongly believe this mandate is too important at this moment to have one Security Council member deny consensus for reasons having nothing to do with UNAMA," Cohen said.

Chinese U.N. Ambassador Zhang Jun did not specifically mention the negotiations on the UNAMA resolution, but said Beijing was working with Afghanistan to advance "the Belt and Road construction to actively support the Afghan rebuilding and its reintegration into the regional economic development."