SHANGHAI (Reuters) - The director of China's National Energy Administration, ethnic Uighur Nur Bekri, is under investigation on suspicion of breaking the law and violating Communist Party discipline, the party's anti-corruption watchdog said on Friday. Nur Bekri is one of China's most senior Uighur officials and a former governor of the restive region of Xinjiang 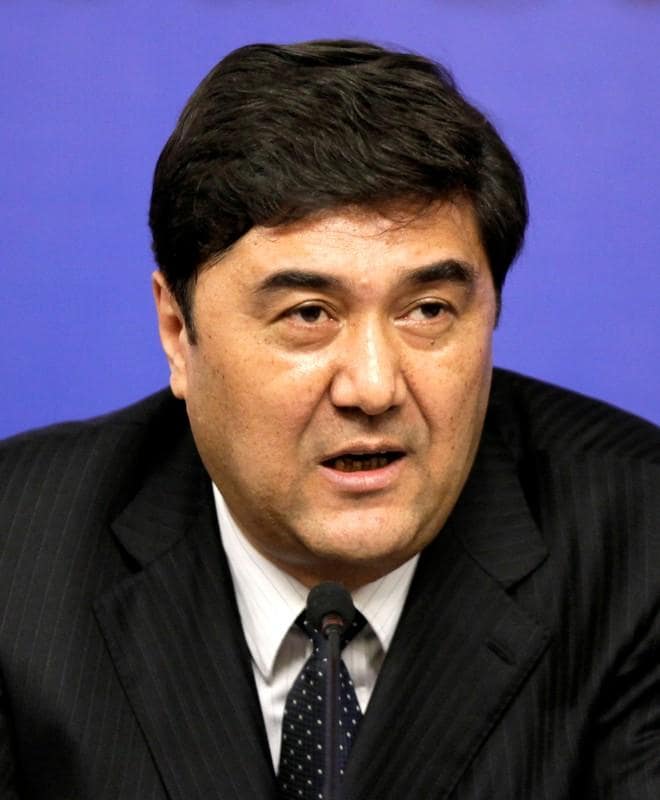 Nur Bekri is one of China's most senior Uighur officials and a former governor of the restive region of Xinjiang. He also serves as a deputy head of China's state planning agency, the National Development and Reform Commission.

The Central Commission for Discipline Inspection announced the investigation in a brief posting on its website. It did not provide details of the alleged transgressions other than to describe them as "serious disciplinary and legal violations", a routinely used euphemism for corruption.

President Xi Jinping has targeted the energy sector as part of a wider campaign to weed out pervasive graft that began when he came into office six years ago.

A deputy head of the energy administration was sacked and placed under investigation in 2014.

Nur Bekri was the chairman of Xinjiang, home to the Uighurs in China's far west, from 2008 until 2014, a time that saw bouts of ethnic violence that included deadly rioting in 2009.

Reports of mass detentions of ethnic Uighurs and other ethnic Muslims in Xinjiang in recent months have sparked a growing international outcry.