China brushes off global outrage over death sentence for Canadian

By Philip Wen and David Ljunggren BEIJING/SHERBROOKE, Quebec (Reuters) - China said on Wednesday it was 'not worried in the slightest' by mounting international concern over the death sentence handed to a Canadian for drug smuggling. Monday's sentence for Robert Schellenberg for smuggling 222 kg (489 lbs) of methamphetamines prompted Canadian Prime Minister Justin Trudeau to accuse China of 'arbitrarily' applying the death penalty. The United Nations said it opposed capital punishment apart from exceptional circumstances, and Australia's acting foreign minister Simon Birmingham said he was 'deeply concerned' by the case. 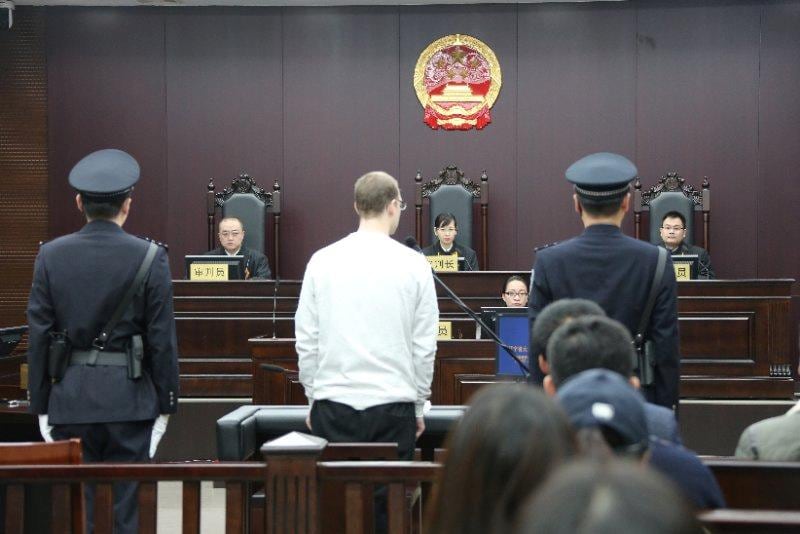 By Philip Wen and David Ljunggren

BEIJING/SHERBROOKE, Quebec (Reuters) - China said on Wednesday it was "not worried in the slightest" by mounting international concern over the death sentence handed to a Canadian for drug smuggling.

Trudeau has called several world leaders in recent days to share concerns about the case of Schellenberg and two Canadians that Beijing detained last month after a senior Chinese executive was arrested in Vancouver on a U.S. arrest warrant.

Speaking at a daily news briefing, Chinese Foreign Ministry spokeswoman Hua Chunying said Canada's "so-called allies could be counted on ten fingers" and did not represent the views of the wider international community.

"I can very clearly state that we are not worried in the slightest," Hua said of the mounting outcry, adding that a majority of Chinese supported severe punishment for drug crimes.

"We're very pleased to have this support from the EU which ..., like Canada, believes in the rule of law," she told reporters ahead of a three-day meeting of Trudeau's cabinet in Sherbrooke, Quebec.

"Canada is clear about our principles and our position and we're also clear that it is a broad and deep relationship (with China)," she added.

Freeland and U.S. Secretary of State Mike Pompeo spoke on Tuesday and "expressed their concerns about the arbitrary detentions and politically motivated sentencing of Canadian nationals", the State Department said in a statement on Wednesday.

Days after Meng's arrest in Vancouver, China detained two Canadians on suspicion of endangering state security. One of the men, Michael Kovrig, is a diplomat on leave without pay from Canada's embassy in Beijing.

Trudeau complained last week that China was not respecting Kovrig's diplomatic immunity, but gave no details. A source directly familiar with the case said Canada was unhappy because Chinese officials were questioning Kovrig about what he had done when stationed at the embassy.

The news was first reported by the Globe and Mail newspaper.

China has not linked any of the three Canadians' cases to Meng's arrest, but has warned of severe consequences if she was not immediately released.

The Global Times, a state-run tabloid with a nationalistic bent, said China "cannot be weak at this time".

"Canada does not have any special cards that can allow Chinese law to bow its head to it," the newspaper said in an editorial on Wednesday, adding that Canada's protests would have no effect.

Freeland said on Tuesday that Ottawa had formally applied for clemency for Schellenberg.

When asked if China typically listened to this type of request, Hua said the judiciary was not subject to "interference from administrative organs".

"You ask whether China is willing to listen to the Canadian side's request, but I don't know if Canada's leaders or politicians have seriously listened to China's solemn position," Hua said.

Schellenberg had appealed against an original 15-year prison sentence issued in November, but the court in Liaoning province sided with prosecutors who argued at a retrial that the punishment was too light.