BEIJING (Reuters) - China's air force has released a video showing nuclear-capable H-6 bombers carrying out a simulated attack on what appears to be Andersen Air Force Base on the U.S. Pacific island of Guam, as regional tensions rise. 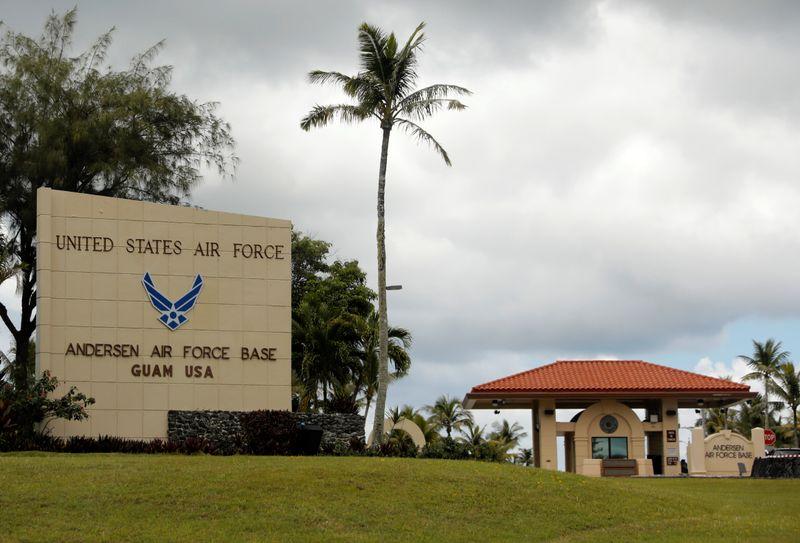 BEIJING (Reuters) - China's air force has released a video showing nuclear-capable H-6 bombers carrying out a simulated attack on what appears to be Andersen Air Force Base on the U.S. Pacific island of Guam, as regional tensions rise.

The video, released on Saturday on the People's Liberation Army Air Force Weibo account, came as China carried out a second day of drills near Chinese-claimed Taiwan, to express anger at the visit of a senior U.S. State Department official to Taipei.

Guam is home to major U.S. military facilities, including the air base, which would be key to responding to any conflict in the Asia-Pacific region.

The Chinese air force's two minute and 15 second video, set to solemn, dramatic music like a trailer for a Hollywood movie, shows H-6 bombers taking off from a desert base. The video is called "The god of war H-6K goes on the attack!"

Halfway through, a pilot presses a button and looses off a missile at an unidentified seaside runway.

The missile homes in on the runway, a satellite image of which is shown that looks exactly like the layout of Andersen.

The music suddenly stops as images of the ground shaking appear, following by aerial views of an explosion.

Neither China's defence ministry nor U.S. Indo-Pacific Command immediately responded to requests for comment on the video.

"The video is meant to warn the Americans that even supposedly safe, rearward positions such as Guam may come under threat when conflicts over regional flashpoints, be it Taiwan or South China Sea, erupt," he said.

The H-6 has been involved in multiple Chinese flights around and near Taiwan, according to Taiwan's air force, including those last week.

On Monday, China's Eastern Theatre Command, which would be in charge of an attack on Taiwan, released a propaganda video of its own, called "what if war broke out today?", showing soldiers running in wooded hills and ballistic missiles launching.

"Motherland, I swear I will fight for you until my death!" large golden Chinese characters read at the end of the montage as explosions go off in the background.