By Fabian Cambero and Glenn Arcos ATACAMA DESERT, Chile (Reuters) - On the open expanses of Chile's high-altitude Atacama desert, bright stars pierce an ink-black firmament, a lure for stargazers looking for wonder and astronomers seeking signs of life on distant planets. Chile's arid northern deserts have attracted massive investment in telescopes in recent years and the country is home to nearly half the world's astronomical observatories. 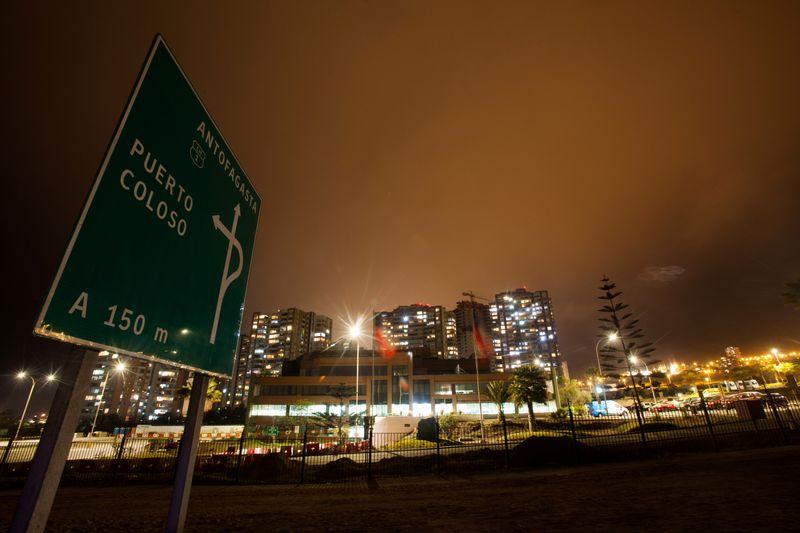 By Fabian Cambero and Glenn Arcos

Chile's arid northern deserts have attracted massive investment in telescopes in recent years and the country is home to nearly half the world's astronomical observatories.

Now, under threat from light pollution coming from urban sprawl and development, Chile's environmental defenders are starting a fight to keep the skies dark, with legal muscle and new protections.

Regulators have already filed charges against retailers Cencosud and Tottus, as well as the corporate building at BHP's Escondida, the world's largest copper mine. A decision in the cases is pending.

BHP and Tottus parent Falabella said in statements that they had presented corrective plans to the agency. Cencosud did not reply to a request for comment.

De la Maza said each of the companies was exceeding limits on light emissions, and that charges against other companies were pending.

"We hope to file charges against other firms where we have detected infractions for quite some time," de la Maza said. "We have been able to accelerate the sanctions needed to act as a deterrent."

The government is also readying a list of areas that would benefit from special protections to reduce light pollution. Companies operating in those places could be subject to stricter laws and tougher enforcement.

A commission made up of six experts, convened by the Ministry of Science, will deliver at the end of the year a "list of suggested geographical areas and the criteria for their protection," the ministry confirmed to Reuters.

Cities around the vast Atacama desert have exploded in size in recent years to service Chile's world-leading copper and lithium sectors. The development has spawned new highways, shopping malls and sports fields - all bringing new sources of light.

Guillermo Blanc, who heads the Skies of Chile foundation, created by the region's observatories to address the threat, said that the Atacama was a "unique natural laboratory" that needed protection for its scientific value.

The Atacama's observatories include the Large Millimeter/submillimeter Array (ALMA) facility, which recently contributed to the discovery of possible signs of life on Venus.

Blanc said light pollution had already degraded the skies in some key areas by as much as 10%. While the skies remain as dark as anywhere in the world, violations are increasing, he added.

Scientists point to Southern California, where little-regulated urban growth drowned out the stars and ruined the region's appeal to astronomers at the start of the 20th century.

"If the skies are not protected, it would be a great catastrophe," said Alain Maury, who runs an astrotourism business in the Atacama, and says he has seen stars and galaxies once visible to the naked eye fade from view in recent years.

"In Chile there are laws in place but no one enforcing them so it continues to get worse."