By Dave Sherwood and Natalia A. 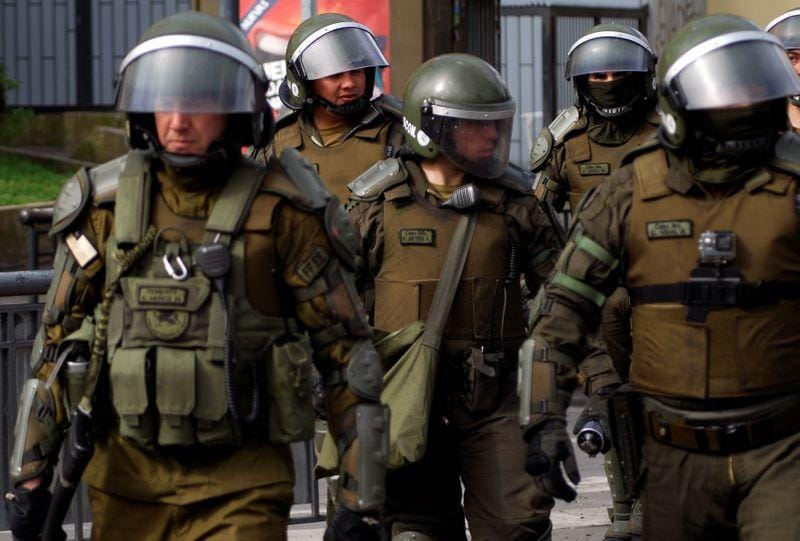 SANTIAGO (Reuters) - Chilean lawmakers on Thursday rejected a bid to oust President Sebastian Pinera over allegations he failed to safeguard human rights during weeks of deadly riots, a small victory for the embattled leader as he pushes for reforms to quell protesters' demands.

After hours of debate that featured angry shouting matches, the Chamber of Deputies tossed the impeachment motion out 79-73 on grounds that it did not meet the Constitutional threshold for ousting a sitting president.

The vote ran largely along party lines, as widely expected, with some centrists voting in Pinera's favor.

Pinera was the first president to face impeachment in Chile in more than 60 years. The outcome of the vote, however, was hardly cause for celebration as the debate exposed deep-seated divisions and simmering anger, said political analyst Lucia Dammert, of think-tank Espacio Publico.

"The administration must now take advantage of this decision to promote reforms," Dammert told Reuters. Pinera has proposed boosting the minimum wage, beefing up pensions and slashing costs for public services.

Chile has been rocked by nearly two months of chaos and protests over inequality and social injustices. Rioting has left 26 dead, billions in damages and widespread allegations of abuse, torture and rape by security forces.

The center-right Pinera has borne the brunt of the blame. His approval rating has plunged to 10%, lowest for a sitting president since Chile's return to democracy in 1990.

Left-leaning lawmakers behind the impeachment bid blasted Pinera for declaring early in the crisis that Chile was "at war with a powerful enemy," and being slow to stamp out police abuses.

Pinera's lawyer opened the debate in the lower house mid-morning, arguing the move to impeach was rash and legally unfounded.

"There is no playbook for a president to confront situations like these," said attorney Juan Domingo Acosta. He said Pinera had not sought to repress protesters, but rather, to "maintain public order."

"It's hard to erase from memory images of troops deployed throughout the capital, repressing protesters," said socialist lawmaker Gaston Saavedra.

Right-leaning supporters of Pinera's hung placards that said "Care for our Democracy," warning that a politically motivated or impeachment could have long-term consequences.

Leftist lawmakers, in turn, mounted a sketch of a bloodied eye on their desks, in homage to more than 200 people who suffered severe eye trauma in the demonstrations, mostly due to police rubber bullets.