SANTIAGO (Reuters) - Tourists in central Chile hoping to experience a total solar eclipse faced disappointment on Monday as thick fog rolled in along the coastline and rain clouds obscured the sky. 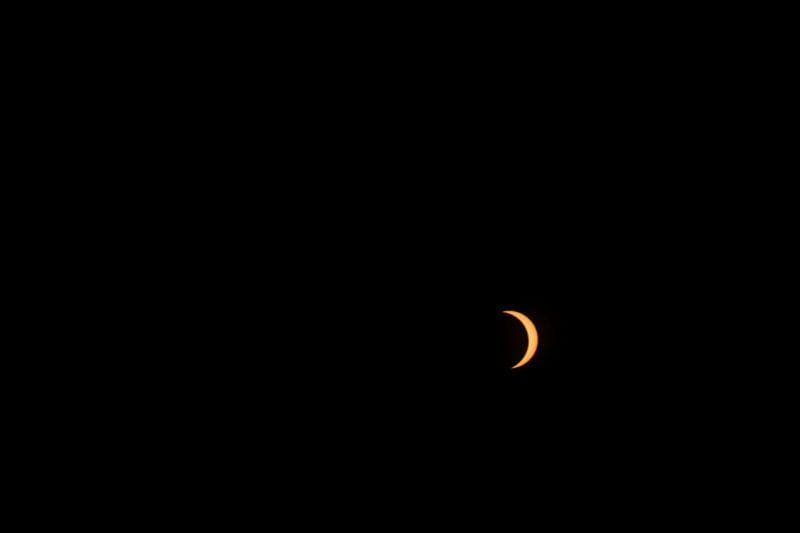 SANTIAGO (Reuters) - Tourists in central Chile hoping to experience a total solar eclipse faced disappointment on Monday as thick fog rolled in along the coastline and rain clouds obscured the sky.

More than 100,000 tourists had traveled to the lakeside villages of Pucon and Villarica, despite a recent uptick in cases of COVID-19 in Chile, according to official reports.

The moon is due to completely cover the sun across a narrow, 56 mile (90 km) band of South America, stretching from Saavedra, a central Chilean Pacific port town to Salina del Eje on the Atlantic coast of Argentina, data from the U.S. National Aeronautics and Space Administration (NASA) shows.

"More or less 45 friends came by bus - using all the (health) measures available to us," Gloria Orellana, an eclipse fanatic who said she hoped to watch the event from the safety of her cabin near Villarica, said.

But rain and clouds had blotted out the sun in the mountainous, heavily forested region of south-central Chile, leaving the best viewing to those in Chile's drier north, where only a partial eclipse can be seen.

Though the spectacle will not likely be seen across Chile, the eclipse will nonetheless plunge the region into total darkness. Such events happen only rarely in any given spot across the globe.

Chile saw another full solar eclipse in its northern desert in July of 2019, the first in that region since 1592, according to the Chilean Astronomy Society.