SANTIAGO (Reuters) - The Chilean public prosecutor's office has summoned the archbishop of Santiago to testify in an investigation into the alleged cover-up of child sexual abuse by members of the Catholic Church, the archbishopric said on Tuesday. 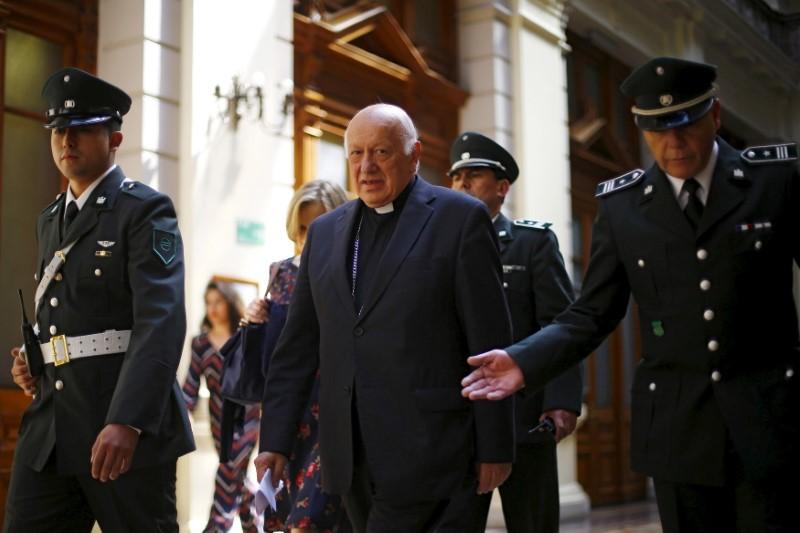 SANTIAGO (Reuters) - The Chilean public prosecutor's office has summoned the archbishop of Santiago to testify in an investigation into the alleged cover-up of child sexual abuse by members of the Catholic Church, the archbishopric said on Tuesday.

The Santiago archbishopric said in a statement that Ricardo Ezzati had been summoned to speak with prosecutors on August 21 as a defendant accused of concealment.

Prosecutors investigating criminal accusations against bishops, clerics and lay workers in the Roman Catholic Church in Chile are also probing claims that Ezzati and others covered up a network of 14 priests who systematically abused minors.

Ezzati denied wrongdoing and vowed to cooperate with authorities.

"I reiterate my commitment and the commitment of Santiago's Church to the victims," Ezzati said in the statement by his office. "I have the conviction that I never covered up or obstructed justice, and as a citizen will fulfil my duty to contribute all the information that may help clarify the facts."

Last month police seized documents from the ecclesiastical court of the diocese of Santiago.

The child sex abuse crisis has gripped Chile's Catholic Church since 2011, when Chilean priest Fernando Karadima was found guilty by the Vatican of abusing children in the 1970s and 1980s.

Juan Carlos Cruz, one of Karadima's victims, said on Twitter that Ezzati has "little time left as archbishop of Santiago, but his new mission of answering for his cover-up, lies and other crimes ... has just begun."

Accusations of sex abuse against various members of the Catholic Church led Pope Francis to open an investigation in the South American country that has led the Church to oust bishops and other priests accused of carrying out or covering up abuses against minors.