PARIS (Reuters) - The children of detained Rwandan genocide suspect Felicien Kabuga accused French authorities of violating his 'fundamental human rights' on Friday, saying he has severe senile dementia among other ailments and that imprisonment could kill him. The 87-year-old Kabuga has been indicted by U.N. prosecutors for genocide and incitement to commit genocide 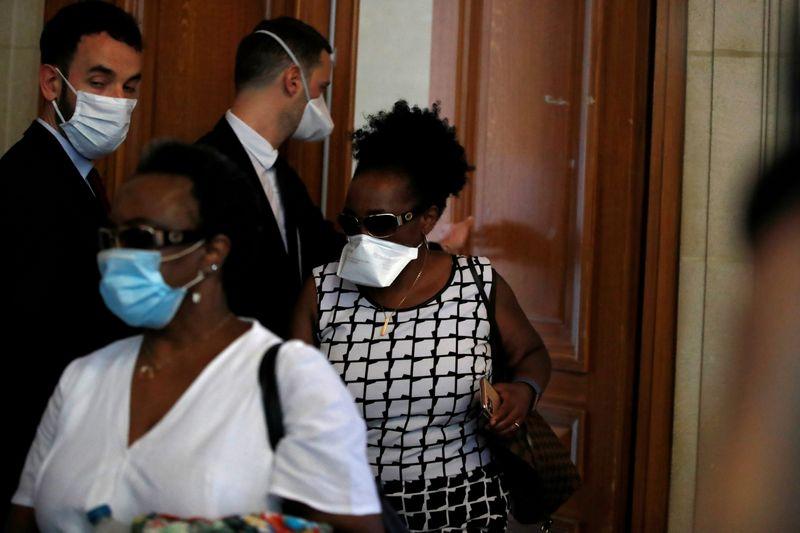 PARIS (Reuters) - The children of detained Rwandan genocide suspect Felicien Kabuga accused French authorities of violating his "fundamental human rights" on Friday, saying he has severe senile dementia among other ailments and that imprisonment could kill him.

The 87-year-old Kabuga has been indicted by U.N. prosecutors for genocide and incitement to commit genocide. He is accused of bankrolling and arming ethnic Hutu militias that killed 800,000 Tutsis and moderate Hutus over around 100 days in 1994. He denied the charges this week.

He has been in a Parisian prison since May 16 when police swooped on his hideout in the capital's suburbs, ending a 26-year manhunt. A French court will decide whether to transfer him to a United Nations tribunal on June 3.

"In recent years he has accumulated many pathologies: diabetes, hypertension and severe senile dementia," a statement from his 11 children said.

"He also had a colectomy last year. His state of health requires support and constant surveillance, like any weak and dependent elderly person," the statement said, adding that he had lost weight and become more incoherent since his detention.

A Paris court on May 27 denied a request by his lawyers for his release saying it could stir unrest in the Rwandan community and that there was no guarantee he would not flee, given the aid provided by his family to avoid capture in recent years.

Kabuga was Rwanda's most-wanted fugitive with a $5 million U.S. bounty on his head, until French, British and Belgian intelligence agents tracked him down to his son's apartment in a northwestern Paris suburb.

"Leaving our father in prison, in his state, amounts to denying his fundamental human rights. It is a cry for help that we are making today to challenge his imprisonment which could be fatal to our father," the children said.