By Brendan O'Brien and Gina Cherelus CHICAGO/NEW YORK (Reuters) - Chicago Mayor Rahm Emanuel angrily lashed out on Tuesday after prosecutors dropped charges that had accused 'Empire' actor Jussie Smollett of staging a phony hate crime that hit hot-button issues of race, sexuality and America's political divide. Smollett, who is black and gay, had earlier described the move as a complete vindication, and said he had told the truth when he said two masked men threw a noose around his neck and poured chemicals on him while yelling racist and homophobic slurs in January 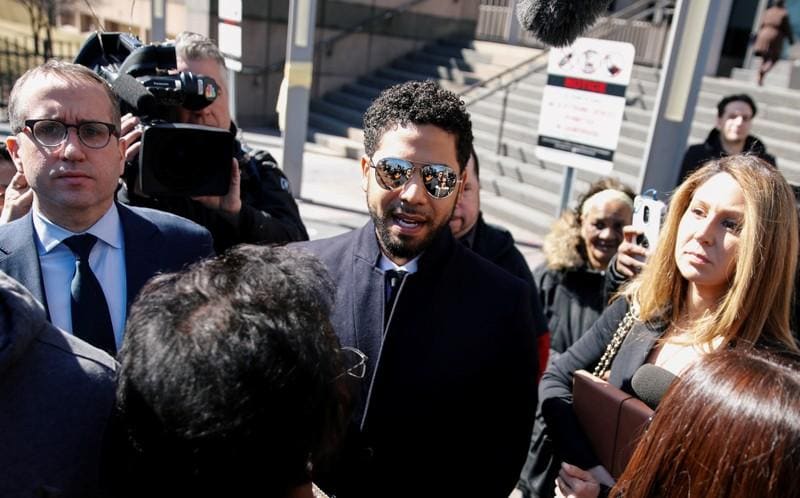 By Brendan O'Brien and Gina Cherelus

Smollett, who is black and gay, had earlier described the move as a complete vindication, and said he had told the truth when he said two masked men threw a noose around his neck and poured chemicals on him while yelling racist and homophobic slurs in January.

Emanuel criticized the move by Cook County prosecutors, saying he stood by the police investigation.

"This is a whitewash of justice," Emanuel told a news conference. "From top to bottom, this is not on the level."

Prosecutors could not immediately be reached for a response.

That came hours after Smollett stood by his earlier accusations, which drew worldwide attention.

"I've been truthful and consistent on every single level since day one," Smollett told reporters earlier on Tuesday outside a Chicago courthouse, where he posed for photos with supporters after a brief court hearing during which prosecutors abandoned the case.

Prosecutors had charged Smollett on Feb. 21 with filing a false report, accusing the actor of paying two brothers $3,500 to stage the attack in an effort to use the notoriety to advance his career.

The brothers, who were arrested after getting captured on surveillance footage near the site of the alleged assault, confessed to their role in Smollett's plot and were released without charges, authorities said in February. One of them had worked with Smollett on "Empire," Fox's hip-hop drama, according to police.