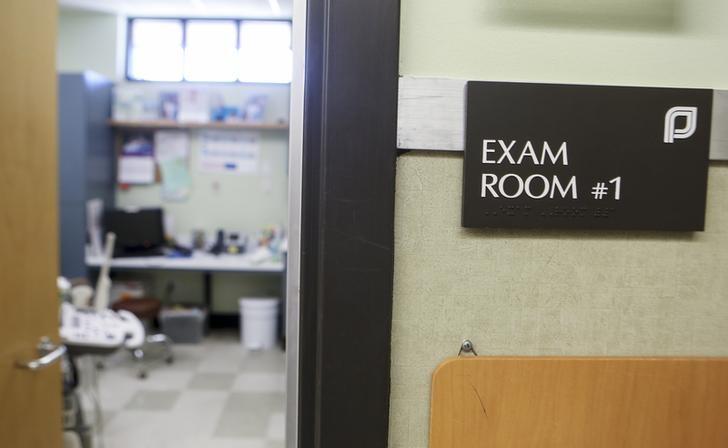 NEW YORK (Reuters) - A U.S. government agency said on Wednesday that abortion rates among American women of all ages fell to a decade low in 2015, which both opponents and supporters of abortion rights attributed in part to individual states' efforts to restrict women's access to the procedure.

"This decrease in abortion rate was greater than the decreases for women in any older age group," the CDC said in a statement.

The CDC did not provide any reason for the decline, but abortion rights advocates attributed it to increased use of contraceptives as well as decreased access to abortion services in some states.

"Affordable access to the full range of contraception and family planning options is critical for people deciding if and when they'd like to become parents, develop their careers, plan for their futures and manage their health," said Rachel Jones, research scientist at Guttmacher Institute, a reproductive health think tank that supports abortion rights.

Opponents of abortion rights said the decrease was primarily the result of many states' efforts to restrict women's access to the procedure.

"That is due, in a significant way, to pro-life legislation that seeks to provide life-affirming solutions to abortion, combined with pro-life efforts that educate Americans about the effects of abortion and the humanity of the unborn child," Carol Tobias, president of the National Right to Life Committee, said in an email.

In 2015, all measures reached their lowest level for the entire period of analysis from 2006 to 2015, the CDC said of the annual study, "Abortion Surveillance - United States 2015."

Conservative state lawmakers are passing increasingly restrictive abortion laws in a challenge to Roe v. Wade, the U.S. Supreme Court's 1973 landmark decision that established that women have a constitutional right to an abortion.

The Republican-controlled Ohio House of Representatives last week approved a measure that would ban abortions at six weeks, while an Iowa law banning abortions after a foetal heartbeat is detected is tied up in a court battle.

Such laws are designed to end up before the Supreme Court, which has become more conservative following President Donald Trump's appointments of Justices Neil Gorsuch and Brett Kavanaugh.

The CDC study also showed 91.1 percent of abortions performed in 2015 were in a woman's first 13 weeks of pregnancy. There was also a shift toward earlier abortions, with the number performed at six weeks or less increasing 11 percent.