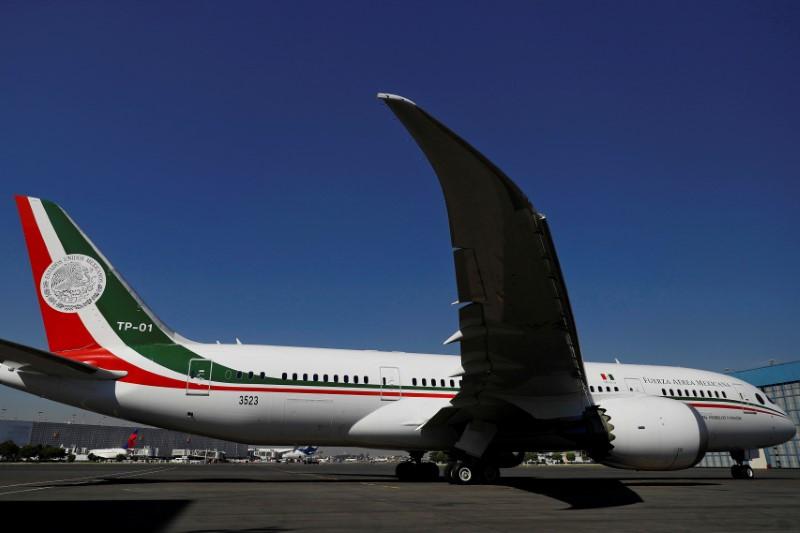 MEXICO CITY (Reuters) - Mexican President Andres Manuel Lopez Obrador on Friday floated the idea of raffling off his predecessor's $130 million (£99.89 million) jet after the government's efforts to sell the plane over the past year came to nothing.

Mexico has yet to find a buyer for the Boeing 787 Dreamliner, which the leftist Lopez Obrador has cast as a symbol of excess and corruption in previous governments in a country where around half the population lives in poverty.

Seeking to paint his predecessors as part of an out-of-touch elite, Lopez Obrador has made a point of taking commercial flights, and has auctioned off many government planes and helicopters.

But selling the luxury jet, acquired by former President Enrique Pena Nieto in 2012, has proven tough. Earlier this week Lopez Obrador said the aircraft would return to Mexico from California after potential sales to private buyers fell through.

One option under consideration is to offload the plane in a raffle, with the national lottery selling six million tickets at about 500 pesos ($26.70) each, Lopez Obrador said.

"The people will decide what's best," he told reporters at a regular news conference on Friday.

Later in the day, Transport Minister Javier Jimenez Espriu appeared taken by surprise when consulted about the raffle by a reporter, who asked him whether the idea was feasible.

"No, I don't think so," Jimenez Espriu said in a video published on social media by newspaper Reforma. "I think there are other more immediate (options)."

Mexico has already set out several options to dispose of the plane, include selling it to a group of businesses, renting it by the hour, or bartering it for medical equipment.

Lopez Obrador said one prospective buyer this week offered $125 million. But Mexico could not sell it below a United Nations-backed valuation of $130 million, he explained.

The spacious jet, which has been reconfigured to fly only 80 people, has a large "presidential suite" and a private bath.