By Steve Scherer OTTAWA (Reuters) - Canada's federal elections watchdog said on Tuesday more Canadians voted early this year compared with four years ago, while on the campaign trail party leaders increasingly discussed the possibility that no party will win a majority in parliament. In the four days ending on Monday, voters were allowed to cast an advance ballot 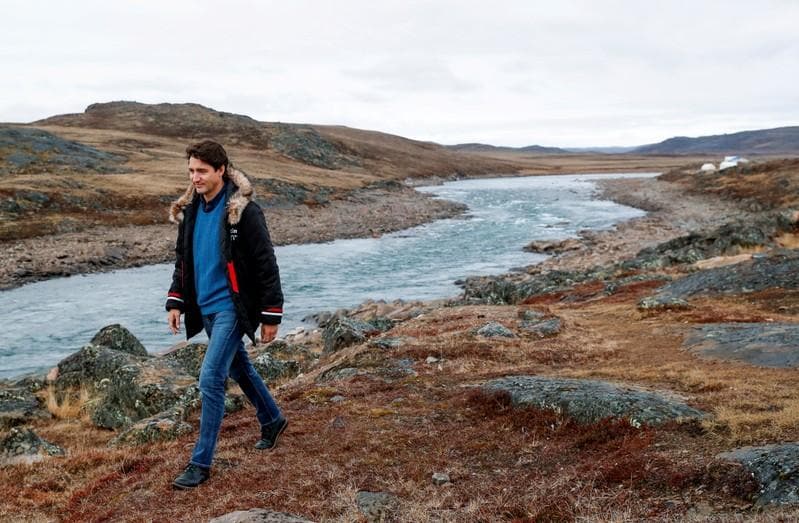 OTTAWA (Reuters) - Canada's federal elections watchdog said on Tuesday more Canadians voted early this year compared with four years ago, while on the campaign trail party leaders increasingly discussed the possibility that no party will win a majority in parliament.

In the four days ending on Monday, voters were allowed to cast an advance ballot. Some 4.7 million people voted, an increase of 29% from 2015, Elections Canada said. Election day is Oct. 21.

"The trend has been that more people take advantage of the option of advanced polling ... because they like the convenience of it," said Nick Gamache, director of media relations at Elections Canada.

There were 6,135 advanced polling stations this year, almost 1,200 more than 2015, and they were open longer each day, Elections Canada said.

Advance voting "has been trending up in every federal election," Ipsos pollster Darrell Bricker said on Twitter. It "doesn't always mean overall turnout will be higher," he added.

Polls show the two biggest parties, Prime Minister Justin Trudeau's Liberals and Andrew Scheer's Conservatives, are tied nationally though neither is positioned to win an outright majority in parliament, meaning they may need a partner to govern.

The left-leaning New Democrats (NDP) gained 5 percentage points to 20% over the past week and is in third place nationally, according to an Ipsos poll published on Tuesday, a surge that could hand NDP leader Jagmeet Singh the balance of power.

Turnout is increasingly seen as crucial to the outcome of the election, especially for the Liberals. Trudeau's campaign has struggled to gain momentum after pictures of him wearing blackface emerged last month.

"As advanced voting continues and is enthusiastically embraced, there is no clear-cut favourite," polling company Angus Reid said in a statement. "The final chapter of the 43rd Canadian federal election will be written next week, and the text of the story will depend largely on voter turnout."

All the candidates were campaigning on Tuesday after many took a short break for the Thanksgiving holiday.

Speaking in Fredericton, New Brunswick, Trudeau urged voters to choose Liberals not only over Conservatives, but also over the rival, left-leaning NDP and the Green Party.

Singh, who himself cast an early ballot over the weekend, said on Sunday that he was open to working with other parties to keep the Conservatives out of power, but on Monday adjusted his message to say his goal was to win, not enter a coalition.

"It's quite clear the NDP would join a high-deficit, high- tax government, and it's quite clear Justin Trudeau would pay any price to stay in power," Scheer said in Quai Saint-Andre, Quebec.

Though leaders are speaking to a smaller audience after more than 4.7 million people - almost a fifth of the electorate - cast early ballots, one exception may be Manitoba, which was struck by a major storm packing snow and toppling trees over the weekend.

Elections Canada is looking into ways to help those in the areas hardest hit to vote on election day, Gamache said.

"We're in evaluation mode. We're already looking at adding resources on the ground so that people can cast a ballot," he said. "If there's an influx (on election day), we want people not to have longer lines."