ROME (Reuters) - The foreign ministers of Canada and China met in Rome on Tuesday to discuss a bilateral relationship that has soured over diplomatic and trade tensions, a Reuters eyewitness said. Canada's Francois-Philippe Champagne, in Europe on an official trip, held talks with China's Wang Yi at a hotel. 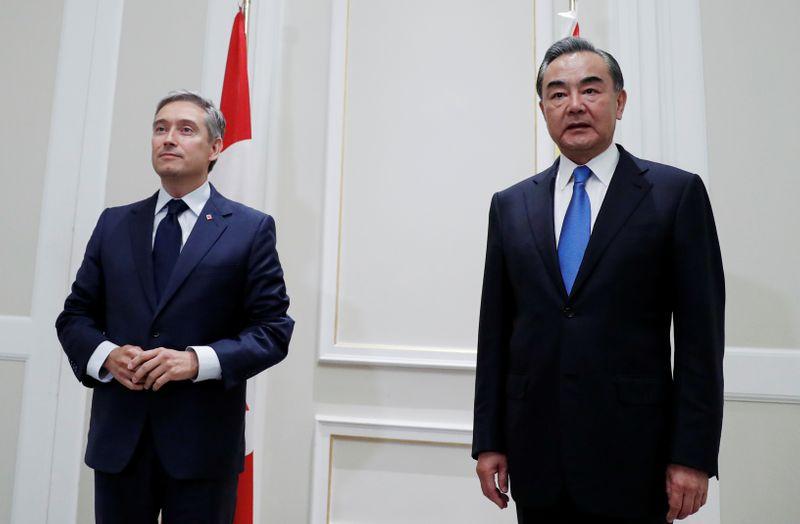 ROME (Reuters) - The foreign ministers of Canada and China met in Rome on Tuesday to discuss a bilateral relationship that has soured over diplomatic and trade tensions, a Reuters eyewitness said.

Canada's Francois-Philippe Champagne, in Europe on an official trip, held talks with China's Wang Yi at a hotel. The two men last met in Japan in November 2019.

"I thought it was a good opportunity for us to be talking about a number of issues bilaterally and also multilaterally," Champagne told Wang at the start of the meeting.

Soon after, China arrested two Canadians and charged them with spying. It also blocked imports of some canola seed.

Champagne's office in Ottawa did not immediately respond to a request for comment about the meeting.

(Reporting by Yara Nardi in Rome; writing by David Ljunggren in Ottawa; editing by Jonathan Oatis)