By David Ljunggren OTTAWA (Reuters) - Canada's top medical official said on Sunday she was encouraged the coronavirus death toll was slowing while Prime Minister Justin Trudeau said isolation measures to fight the outbreak should remain for the time being. The public health agency said the death toll had risen by less than 10% for the seventh day in a row, climbing by under 6% to 2,489. The figure for those diagnosed with the coronavirus was 45,791, up from 44,364 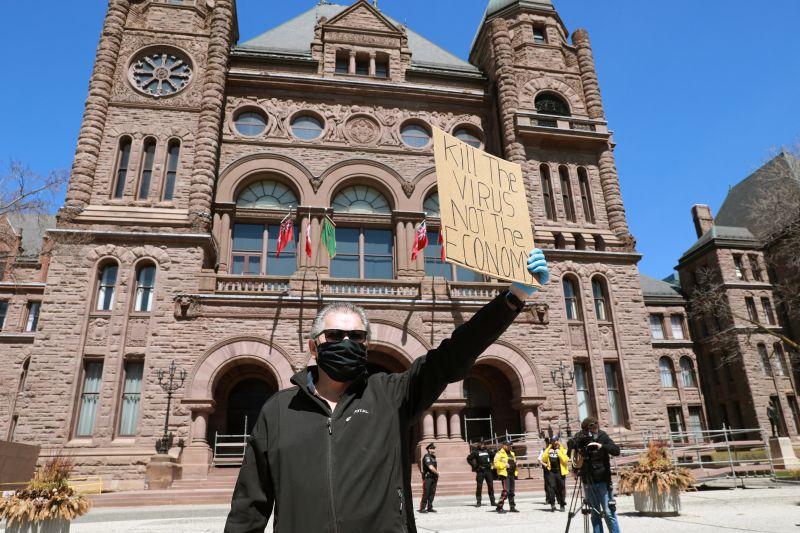 OTTAWA (Reuters) - Canada's top medical official said on Sunday she was encouraged the coronavirus death toll was slowing while Prime Minister Justin Trudeau said isolation measures to fight the outbreak should remain for the time being.

Authorities across Canada, where relatively few people have died compared to the United States and some European nations, closed non-essential businesses and ordered people to stay home.

"These actions are starting to pay off, as we are seeing some encouraging results," chief public health officer Theresa Tam said in a statement, adding "the road is still long".

The 5.9% increase in deaths on Sunday was the lowest day-on-day increase seen in the last week since the toll jumped by 12% on April 19.

"We all must do our part by following the recommendations of public health experts and staying at home. We will get through this together," Trudeau said in a statement to mark national medical laboratory week.

Some of Canada's 10 provinces have announced plans to gradually reopen their economies, in part by insisting on social distancing and protective equipment in workplaces. Measures will differ as infection rates vary among provinces, but require national coordination, Trudeau said on Saturday.

The premier of the western province of Saskatchewan, which is planning to slowly restart the economy on May 4, dismissed suggestions his plan could undermine restrictions elsewhere.

"This is provincial in nature and it is done with full collaboration and support ... from premiers across the nation," Scott Moe told CTV in an interview aired on Sunday.

The plan, he said, could be turned up "like a dimmer switch but it can also be throttled back".

Saskatchewan has reported only 349 cases. The situation is much worse in Ontario and Quebec, the two most populous provinces, which together have recorded more than 80% of the positive diagnoses.

Ontario said on Sunday it was extending school closures until May 29.

Although students had been due to go back to class on May 4, education minister Stephen Lecce told reporters the province needed more time to judge when a return would be safe and said he hoped schools would reopen in September.