By Steve Scherer OTTAWA (Reuters) - An emergency aid package for Canadians facing economic harm from the coronavirus outbreak was stalled on Tuesday as a related move by Prime Minister Justin Trudeau to gain new spending powers raised opposition concerns. Legislators were meeting in Ottawa to approve a C$27 billion ($18.6 billion) cash injection. To maintain social distancing in the face of the highly contagious respiratory illness, only about three dozen of the 338 members of the House of Commons convened to debate the legislation just hours before Ontario, the most populous of Canada's 10 provinces, shuts all non-essential businesses 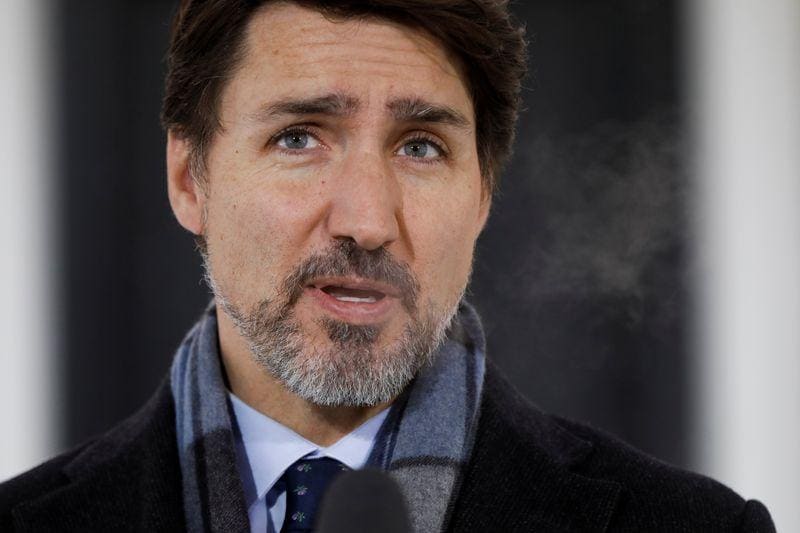 Legislators were meeting in Ottawa to approve a C$27 billion ($18.6 billion) cash injection.

To maintain social distancing in the face of the highly contagious respiratory illness, only about three dozen of the 338 members of the House of Commons convened to debate the legislation just hours before Ontario, the most populous of Canada's 10 provinces, shuts all non-essential businesses.

The number of people in Canada diagnosed with the novel coronavirus jumped to about 2,800 from just over 2,000 on Sunday, and the death toll hit 28, four more than the day before.

Discussion on the aid package was quickly suspended after the official opposition Conservative Party threatened to block the legislation, saying the Liberal government wanted to give itself the power to spend without parliamentary approval until the end of 2021.

Scheer later told the Canadian Broadcasting Corp that the emergency cash injection could quickly pass if the Trudeau government separated that vote from a debate about new powers.

"If they insist on dealing with both at the same time, they are making a choice to have a longer process," Scheer said.

The crisis "requires extreme flexibility and rapidity of response by governments," Trudeau told reporters outside his home, where he has been in quarantine since his wife tested positive for the disease almost two weeks ago.

"We've been in close discussion with the opposition parties to find a way to both get that flexibility to be able to get measures out the door, and keep in place our democratic institutions and the values that are important to us all," Trudeau said. He gave no further details.

The package of measures will only become law once the Senate, or unelected upper chamber, has approved it.

Trudeau, upset by pictures of people flocking to beaches and parks despite repeated requests that they stay home, repeated that Ottawa could impose restrictions on movement if necessary.

Parks Canada said it was banning all motor vehicles from national parks to "significantly reduce visitation."

Trudeau last week pledged C$27 billion in direct support to families and businesses and said he was ready to do more. The government will provide C$55 billion ($38 billion) in additional aid through tax deferrals.