By Amran Abocar and Steve Scherer OTTAWA (Reuters) - Canada and other U.S. allies are looking to President-elect Joe Biden to re-engage with the world on such issues as climate change and free trade, Canadian Prime Minister Justin Trudeau said in a Reuters Next interview aired on Thursday. The Liberal Party prime minister also said the U.S. 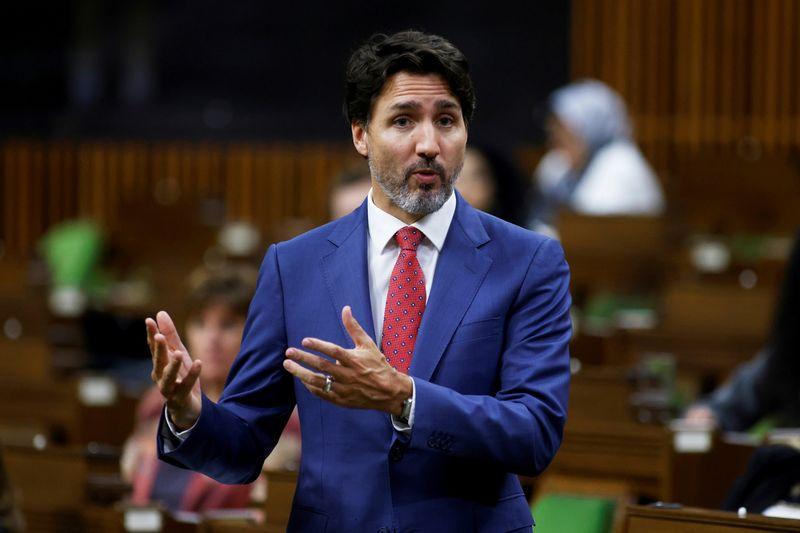 By Amran Abocar and Steve Scherer

OTTAWA (Reuters) - Canada and other U.S. allies are looking to President-elect Joe Biden to re-engage with the world on such issues as climate change and free trade, Canadian Prime Minister Justin Trudeau said in a Reuters Next interview aired on Thursday.

The Liberal Party prime minister also said the U.S. electoral system and its institutions had held up following last week's violent attack on the U.S. Capitol by what he called "a small, angry mob."

"There is a need for a re-engaged United States in global circles," said Trudeau, 49, who took office more than five years ago. Biden, who defeated U.S. President Donald Trump in a November election, will be sworn in on Wednesday.

"One of the things that a lot of the traditional allies and friends of the United States are looking forward to is a re-engagement on some of the big themes, whether it's freer trade, climate change, protecting democracy or coordinating against some of the rise of authoritarianism we're seeing around the world," he said.

Trump often clashed with traditional allies on trade. He imposed tariffs on Canadian aluminum and steel and paralyzed the World Trade Organization's role as global arbiter on trade by blocking appointments to its appeals panel.

On climate, Trump withdrew from the Paris Agreement that set up a global framework to reduce carbon emissions, and he seemed more at ease with leaders like Russian President Vladimir Putin than with NATO allies, whom he berated for not spending enough on their armed forces.

"We're seeing a world that is changing rapidly. The rise of a much more assertive and sometimes problematic China, the shifts in poles of power around the world, the rise and strengthening of Asia as an economic focal point. These are things that are needing to be responded to," Trudeau said.

"The democratic principles and the structures around (the U.S.) electoral process will not be stopped or disrupted by a small, angry mob, however disconcerting and alarming that can be," he told Reuters in reference to an FBI warning of armed protests before Biden's Jan. 20 inauguration.

"I have confidence that Americans who are concerned about defending their democracy will do what is necessary and what is right to keep themselves and their institutions safe long into the future, through this unpredictable moment."

Trudeau said he aims to meet Biden soon after the inauguration, with climate change high on his agenda.

Biden's ambitious climate change plan, which includes $2 trillion in investment for clean-energy infrastructure over four years, could pressure Canada to act more aggressively on its own climate policies.

For more coverage from the Reuters Next conference please click here or www.reuters.com/business/reuters-next