By Steve Gorman LOS ANGELES (Reuters) - Los Angeles firefighters took advantage of favorable weather on Tuesday as they raced to subdue a wildfire displacing thousands of hillside residents, while the state's biggest utility imposed yet another round of precautionary power outages in northern California. At opposite ends of the state, fire managers and utility operators were bracing for the latest onslaught of fierce, dry desert winds that were expected to begin howling across much of California again on Tuesday night 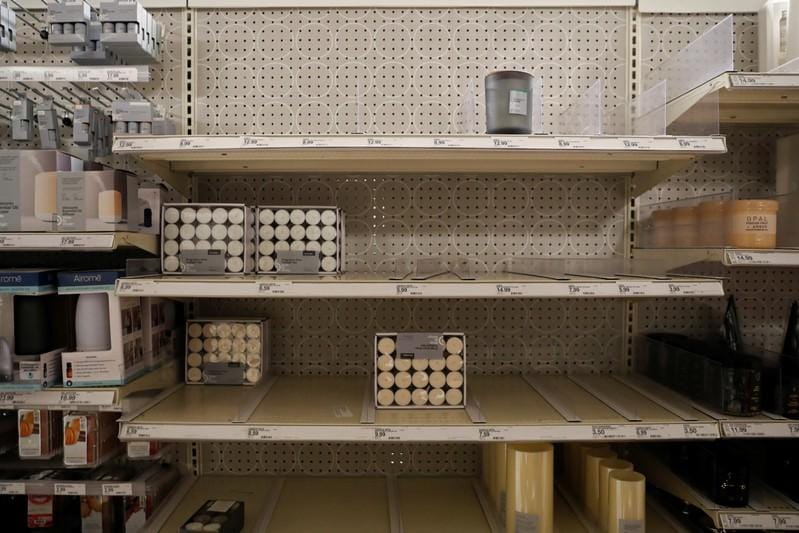 LOS ANGELES (Reuters) - Los Angeles firefighters took advantage of favorable weather on Tuesday as they raced to subdue a wildfire displacing thousands of hillside residents, while the state's biggest utility imposed yet another round of precautionary power outages in northern California.

At opposite ends of the state, fire managers and utility operators were bracing for the latest onslaught of fierce, dry desert winds that were expected to begin howling across much of California again on Tuesday night.

Fire officials worried that high winds, forecast to gust to 70 miles (113 km) per hour or more, would lift embers from smoldering hotspots and carry them into unburned vegetation, reigniting and spreading flames anew.

A day after flames erupted near the famed Getty Center museum and quickly spread over scrub-covered slopes around some of most expensive homes on the city's west side, an army of some 1,100 firefighters had confined that blaze to about 650 acres (263 hectares).

As of daybreak, however, crews had managed to carve solid containment lines around just 5% of the fire's perimeter. And officials said their top priority was expanding those fire breaks substantially before extreme winds return to the region.

In northern California, where firefighters struggled for a fifth day against a 75,000-acre blaze in Sonoma County wine country, forecasts of renewed windstorms prompted Pacific Gas and Electric Co

That total includes about 400,000 customers already blacked out in a "public safety power shut-off" that PG&E instituted three days earlier, the company said in a statement. Tuesday's power cuts marked the third series of mass blackouts implemented by PG&E this month in response to "red flag" warnings of high fire hazards.

PG&E, which filed for bankruptcy in January citing $30 billion in potential liability from a series of deadly fires sparked by its equipment in 2017 and 2018, also has been implicated in the latest Sonoma County blaze, dubbed the Kincade fire.

The utility acknowledged last week the Kincade fire broke out near a damaged PG&E transmission tower at about the time a live high-voltage line carried by that tower malfunctioned.

Meanwhile, investigators seeking the cause of the Getty fire were examining utility lines where the blaze began on Monday morning, the Los Angeles Time reported on Tuesday, citing sources familiar with the probe. One of those sources said the line in question was operated by the city's Department of Water and Power.

Governor Gavin Newsom, who has accused utilities of failing to adequately modernize and safely maintain their power systems, paid a visit to the Getty fire zone on Tuesday afternoon.

"This is a challenging time," Newsom told a news conference at a command center set up on the University of California at Los Angeles campus, adding that 43 of the state's 58 counties were "experiencing at or near-historic wind events."

The governor credited firefighters for swift action in knocking down hundreds of smaller fires that sprung up across the state during the past two days, extinguishing them before they could grow into major conflagrations.

Citing progress made against the Kincade fire, Newsom said the number of people remaining under evacuation orders in northern California had diminished from 190,000 at the peak of that blaze to 130,000 on Tuesday.

Property losses from the Kincade, listed at 15% contained, were put at 96 structures, including homes.

The size of the Getty fire's mandatory evacuation zone was likewise reduced by roughly 3,000 homes, but residents of about 7,000 dwellings remained displaced, the Los Angeles Fire Department said. At least 14 homes were damaged or destroyed so far.

Among the evacuees from the Getty fire were a number of celebrities, including Los Angeles Lakers basketball great LeBron James and movie star and former California Governor Arnold Schwarzenegger. The fire even forced the cancellation of Monday's night's red-carpet premiere of Schwarzenegger's latest film, "Terminator: Dark Fate."