Chinese President Xi Jinping headed for a traditional British pub on Thursday, during his state visit, indulging in a beer and a portion of traditional fish and chips with Prime Minister David Cameron. AFP 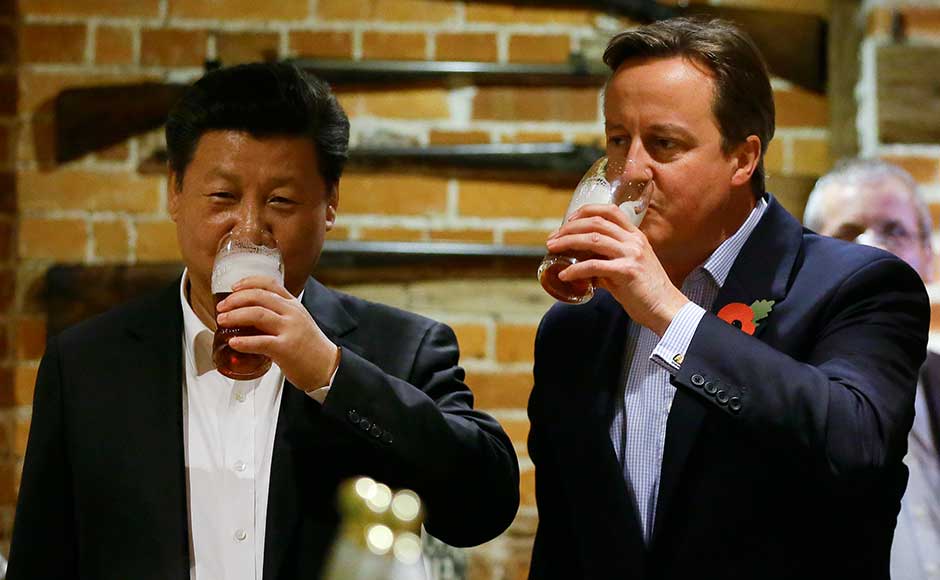 The two world leaders, in suits but tieless, could be seen awkwardly sipping their ales at The Plough, an establishment close to the British prime minister's residence of Chequers northwest of London. AFP 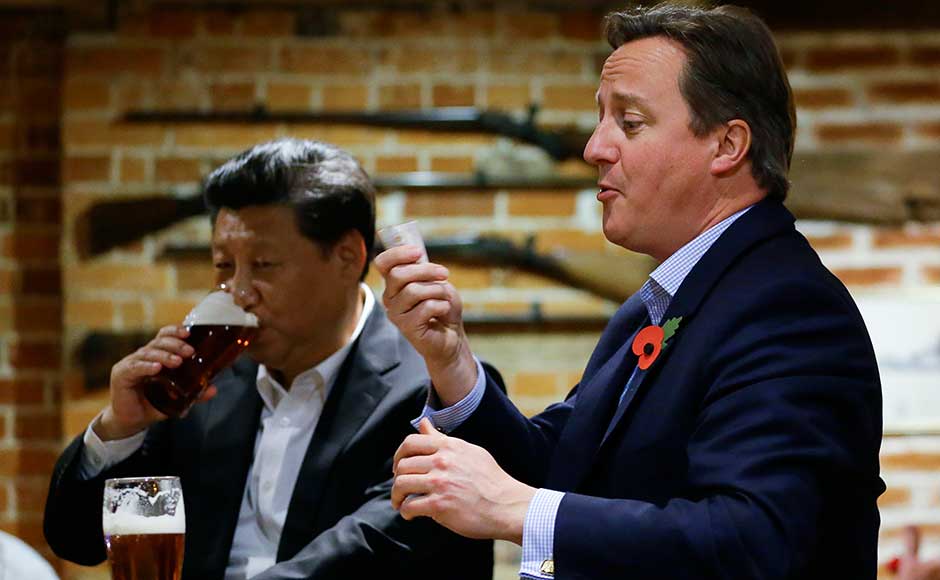 British Prime Minister David Cameron (R) gets out money to pay for drinks as he drinks a pint of beer with Chinese President Xi Jinping at a pub in Princess Risborough near Chequers, northwest of London, on October 22, 2015. The two leaders met for talks and dinner this evening during a state visit hailed as a landmark by both China and Britain.
AFP 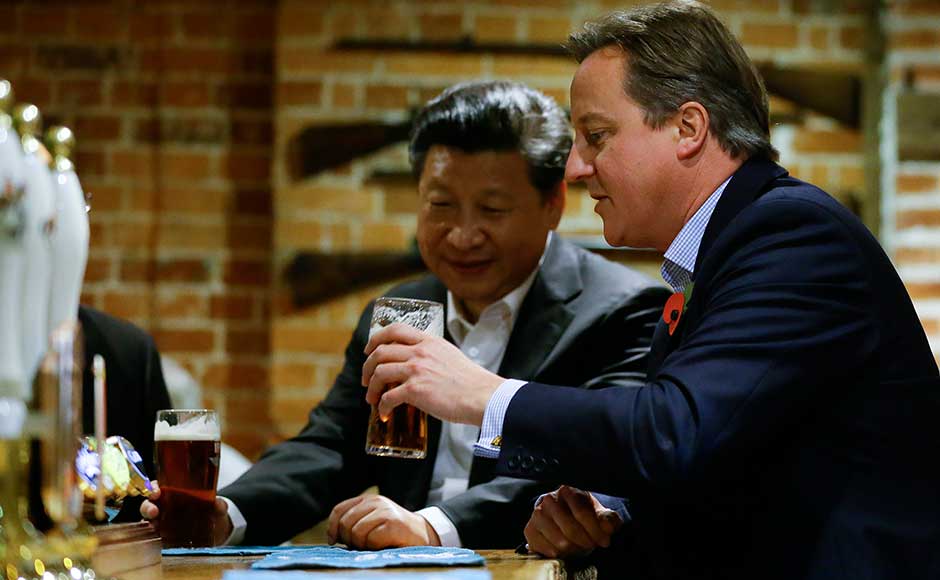 "I dropped into The Plough at Cadsden for a pint of IPA and some fish and chips with China's President Xi," Cameron tweeted afterwards, along with a picture of him talking to Xi in which hunting guns could be seen hanging on the bare-brick wall behind them. AFP The pub's landlord Steve Hollings told AFP that Cameron and Xi had chatted for around three-quarters of an hour and had been "extremely friendly". AFP